Their inclusion in the Academy side will provide the ideal opportunity to get back into sevens mode. 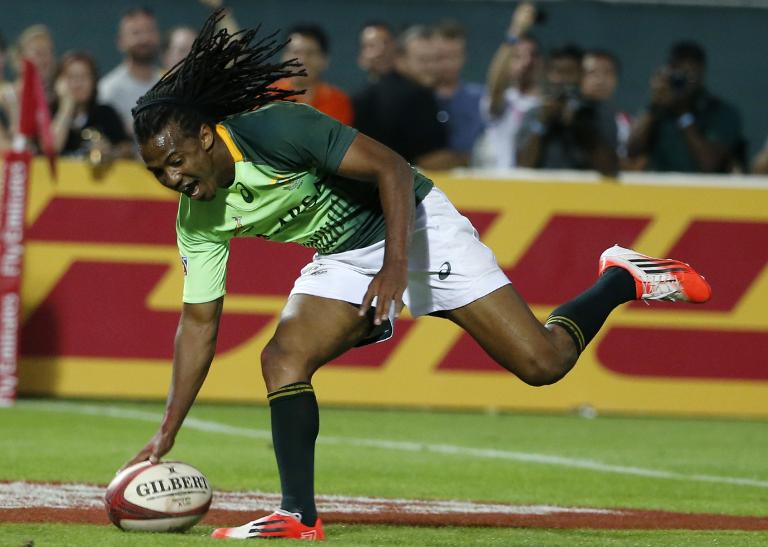 Springbok Sevens stars Seabelo Senatla and Kwagga Smith will gain some valuable match fitness on Saturday when they run out for the SA Rugby Sevens Academy side in the WP Score Club Rugby Sevens tournament in Goodwood, Cape Town.

The duo missed the Springbok Sevens’ warmup tournament in Namibia last weekend, due to other commitments. Senatla attended the World Rugby Awards, where he was named World Rugby’s Sevens Player of the Year (in association with HSBC), while Smith was part of the British Barbarians squad.

Their inclusion in the Academy side will provide the ideal opportunity to get back into sevens mode and to play themselves into contention for the Blitzboks squad that will be named next week for the opening tournaments of the 2016/17 HSBC World Rugby Sevens Series in Dubai and Cape Town.

SA Rugby Sevens Academy manager Marius Schoeman will also use this tournament as an opportunity to finetune his squad that will travel to Dubai at the end of the month to compete in the Dubai International Invitational tournament, where South Africa is the defending champions.

Schoeman also has the services of Stephan Dippenaar and Sandile Ngcobo available, with the latter returning to action following injury. This tournament will also see the return to the national sevens setup of Hoffman Maritz, who was a regular team member in the 2010 season, and Josh Moon, who was part of the Academy last year.

“We are keen to see how a number of youngsters will do in this tournament and then in Dubai in a couple of weeks,” said Schoeman.

“They have shown good potential in training, but the real proof is always in a match situation. I am also happy to have the likes of Seabelo, Kwagga, Stephan and Sandile in the mix, as they have valuable experience and will help develop the skills and decision-making of the younger guys. These youngsters can become regulars in the next couple of seasons.”

Down Touch Griffons Currie Cup star Selvyn Davids, Leopards back Diederick Oberholzer and WP Sevens flyer Joel Booysen have been drafted in following impressive performances at the recently held Interprovincial Sevens tournament in Nelspruit and Wayne van der Bank was part of the Xerox Golden Lions Under-19 team that won the national championship.