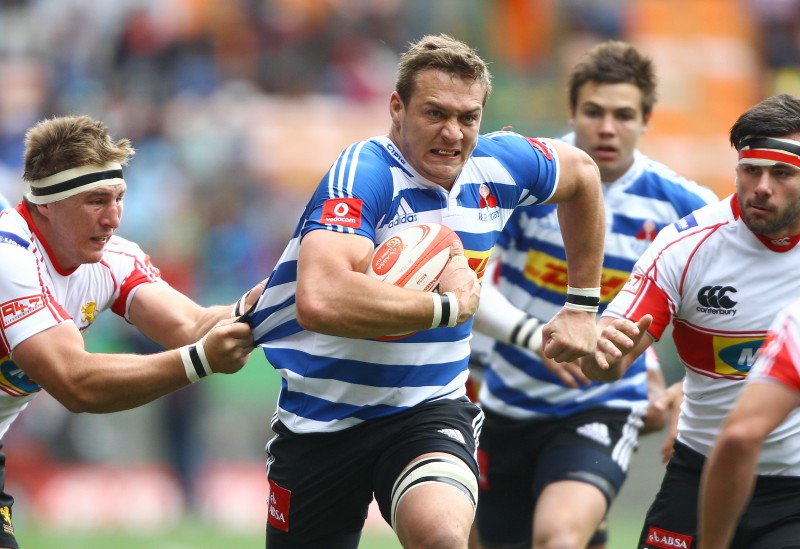 Stormers coach Allister Coetzee said yesterday from Christchurch that Elstadt has had to be sent home because of a shoulder injury which would keep him out for more than a month.

He joins a fellow lock on the sidelines after Manuel Carizza had to stay behind with a wrist injury.

Flank Siya Kolisi has also been ruled out of the first game with a shoulder injury.

Coetzee has opted for Michael Rhodes and De Kock Steenkamp, returning from a groin injury, as his lock combination for the opener against the Crusaders.

“Rynhardt will see his specialist when he returns home to Cape Town,” said Coetzee, who named four changes to the side who edged the Hurricanes 19-18 at Newlands last weekend.

“It’s the same shoulder he had an operation on after last year, and the specialist here said it’s quite badly inflamed. He will be out of action for four to six weeks and we have called up Jurie van Vuuren, who was part of the WP Under-21 side last year and can, like Rynhardt, play at No 7 or No 4.”

Flank Schalk Burger has returned after being withdrawn last week due to a minor groin niggle, while the fourth change sees Nic Groom replacing Louis Schreuder at scrumhalf.

“We’re fortunate to be able to rest Siya (at loose forward), where we have more depth.”

On the bench, Under-21 lock Ruan Botha is joined by experienced flyhalf Peter Grant – who joined from Japan this week – and new wing signing Samoan Sailosi Tagicakibau, who joined from London Irish.