The powerful Lions and Bok prop's recovery from a serious neck injury last year has been amazing but long rehab rules out return. 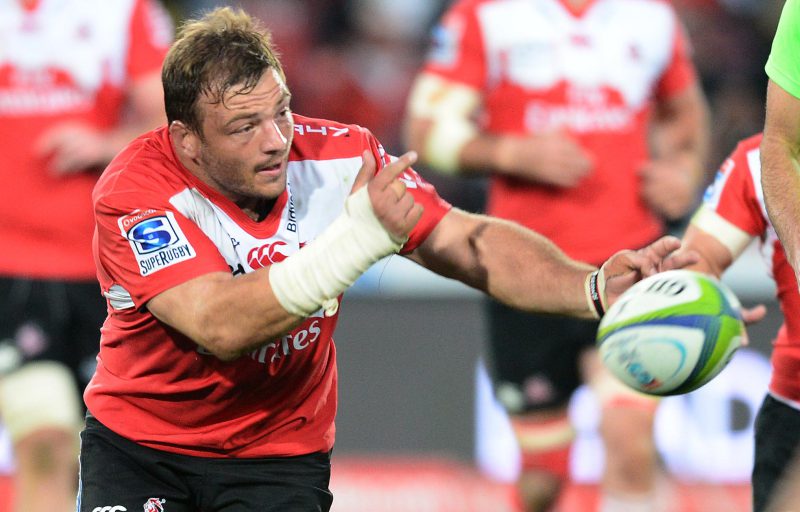 Julian Redelinghuys first needs to complete an arduous rehab on his dislocated neck before he can consider returning to rugby. Photo: Lee Warren/Gallo Images.

In a massive blow to both Springbok and Lions rugby, tighthead prop Julian Redelinghuys won’t play in this year’s Super Rugby campaign.

Lions coach Johan Ackermann conﬁrmed on Wednesday that Redelinghuys, who suﬀered a fractured neck disc in last season’s Currie Cup semiﬁnal against the Cheetahs in Bloemfontein, will have to be patient as a long period of recuperation awaits him.

“Julian is busy with rehabilitation, but it’s a long process,” said Ackermann, despite the 27-year-old’s successful neck surgery.

“There is no real time limit so Julian must ﬁrst be rehabilitated, talk to doctors and then decide for himself if he’s ready to play again.”

Ackermann used the example of Western Province lock JD Shickerling as an example of a player having successfully returned to top-ﬂight rugby after breaking his neck.

“Shickerling was out for a year but was then cleared to start playing again,” he said.

“But unfortunately  Julian won’t be able to play in this year’s Super Rugby competition.”

With loosehead Dylan Smith only due back in March after shoulder surgery and also likely to miss the ﬁrst two matches, the Lions will have to dig deep into their reserves to prop up the scrum.

They have lured Sti Sithole from the Kings, while they have experienced props like Corne Fourie, Jacques van Rooyen and Ruan Dreyer on their books.

The Under-21 prop Pieter Scholtz also came through the senior ranks last season.

In other team news the arrival of Bulls lock and former national Under-20 captain Marvin Orie will boost the side after MB Lusaseni announced his retirement and Martin Muller was released.

With Robert Kruger and Ruan Ackermann also likely to help out at lock, the workload on players such Franco Mostert, Lourens Erasmus and Andries Ferreira could be considerably be lightened.