Nine years after his debut as a 24-year-old, Stormers captain Jean de Villiers will play in his 100th Super Rugby game against the Chiefs in Hamilton on Friday. 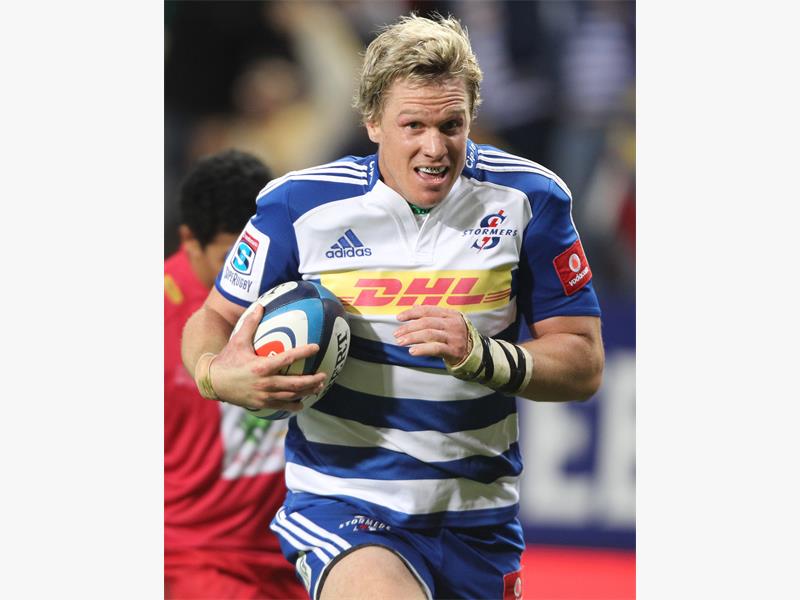 De Villiers, above, will lead a side with three injury-enforced changes made yesterday from the side who went down to the Crusaders in their opening tour game last weekend.

“Jean epitomises what it means to be a Stormer,” said his coach Allister Coetzee yesterday.

“He is a true warrior and a real WP rugby man and we’re hoping to make this 100th game special for him, which he deserves.”

The 33-year-old national skipper, who made his Super Rugby debut on the left wing against the Sharks in 2005, had his early career marred by injury following his debut for Province three years earlier and the Springboks in 2002.

Malherbe, suffering a toe injury last week, drops down to the bench, while loose forward Siya Kolisi is back on the bench after resting his AC joint last weekend and Vodacom Cup hooker Stephan Coetzee comes into the squad for the first time.

With prop Pat Cilliers sent home with a rib injury, Malherbe had to be named on the bench.

But if he fails his final fitness test this week, Boland Cavaliers prop Martin Dreyer – called up to New Zealand with Coetzee yesterday – will come into the squad.