Boks can take leaf out of the Sharks’ book, says Allister Coetzee

The rather unpopular national coach believes there's an early lesson from the Durbanites that his side can apply as well. 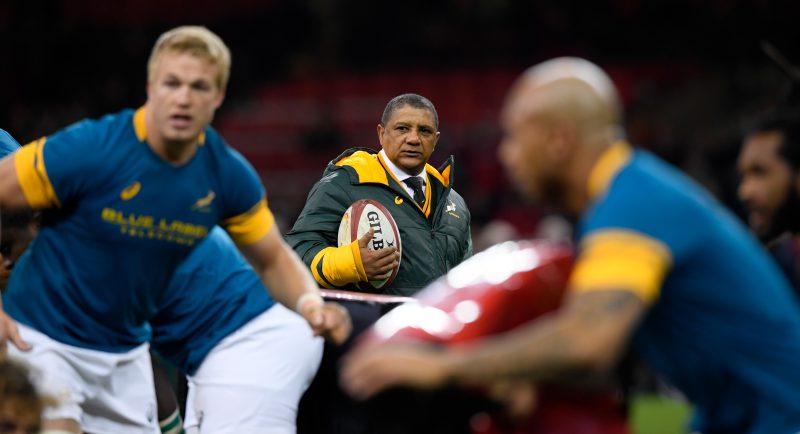 Springbok coach Allister Coetzee believes the first of various national camps points to him being more in control in 2017. Photo: Stu Forster/Getty Images.

Springbok coach Allister Coetzee, who earlier this week kept his job following a protracted performance review, wants his national side to have the same mental strength the Sharks showed against the Brumbies on Saturday .

“The Sharks set a great example when they were 3-15 behind but had the resilience to come back,” Coetzee said in reference to the 27-22 win.

“You need that even more in Test rugby, to show that resilience and to grind out matches.”

Also read: Coach ‘Toetie’ says thanks for keeping the faith

41 players convened in Sandton on Sunday for the first of numerous planned national camps, aimed at getting the Boks back to a level where they belong.

“By the time the Test series against France starts in June, we would have had six solid sessions where we put technical and organisational things in place. We want the players to understand the way we want to play and everyone needs to understand his role and responsibility,” said Coetzee.

“This is basically the start of our 2017 campaign. It’s a great way to start.”

Because of his late appointment last year – Coetzee was only confirmed as coach in April – he wasn’t able to conduct these camps and stamp his authority on things.

“The big thing to understand is that the players know where we are going to, the strategy for this year but also up to 2019,” said the Bok mentor.

“Starting here and also the next two camps in April and May, we want to ensure continuity.

“Come 2019 these 40-45 players have been through this whole development programme, where they have grown and improved. It’s also a way to make sure we don’t chop and change but that there is continuity in terms of conditioning and fundamental skills. Hopefully the players will also be able to be mentally strong to win Test matches.”