Lions star plays through the pain of losing his mom

'I could feel her presence on the field next to me,' said Janse van Rensburg after scoring two tries in an emotional match. 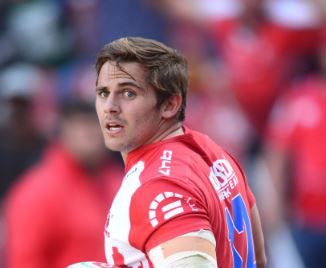 Janse van Rensburg scored two brilliant tries against the Waratahs at Ellis Park on Saturday and received the man of the match award for his team’s convincing 55-36 victory.

“There was a decision to make: either lie down and not play, or be a better man, because that is what my mom would have wanted,” an emotional Janse van Rensburg said after the final whistle.

“I could feel her presence on the field next to me.”

Janse van Rensburg revealed it was his mom’s wish for him to play.

Lions coach Johan Ackermann lauded Janse van Rensburg’s strength of character. He would stay behind tomorrow, however, when the Lions leave for a tour to Argentina, to pay his last respects at his mom’s funeral on Wednesday.