It's only two weeks into this year's tournament but already some guys stand out for their consistency, including our player of the week... 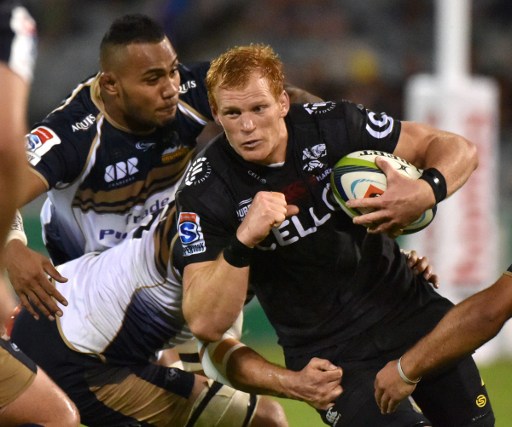 In contrast to week one, our Super Rugby XV for last weekend’s action is far more eclectic and varied.

That’s probably not much of a surprise given that five of the six local teams won.

How on earth did nobody want this man on a permanent basis last year?

He’s rock solid at the back with a fine boot and had a hand in two of the Capetonians’ tries.

Given the freedom the Lions were gifted by their hapless opponents, most of the backs had a lovely time.

One wishes this Springbok can return to centre though despite looking very much comfortable.

One numerous players not deemed good enough before Franco Smith took over the central franchise.

Lee has transformed into an excellent player, troubling defences constantly with his running lines.

He also completed 8 tackles without missing a single one. Brilliant all-round performance.

This man is surely the best inside centre in South African rugby currently.

Have the Kings unearthed the new Gio Aplon?

This little gem of winger is only 1.74m and weighs 72kg but he’s a fearless defender in a side that’s generally on the back foot.

It was nice to see him get a chance to show his rounded attacking skills at the weekend.

The Durbanites’ skipper was calm and collected as he spearheaded his side’s recovery after a slow start.

Vermaak is playing some of his best rugby again and the national selectors could do far worse than handing him a Bok recall.

He was arguably the signing of the season in 2016 and has done little in 2017 to disprove that.

Schoeman’s nickname is “Tier” (Tiger) and it shows.

He runs gracefully but powerfully, beating defenders at will and also doesn’t neglect his defensive duties.

The most consistent local player in this year’s tournament to date.

Shifted from 6 to 7 to accommodate the bustling Jaco Kriel.

The Lions had so much fun at Ellis Park on Saturday.

Their energiser bunny of the flank was at the heart of that.

This young man is pure class.

In fact, world class as he combines the finesse of Victor Matfield with the brawn of Bakkies Botha into one package.

The standout player in an average side at the weekend.

Shows a clean pair of heels with his try but it’s his willingness to do the donkey work that impresses.

Dreyer’s a beast at scrum time and hugely mobile.

In a match where tackling was optional, he completed 9 tackles and missed none.

The normally flamboyant Namibian international let his teammates do the running while he concentrated on the basics – robust defending and reliable line-out throws.

In a era where props are supposed to mobile and busy, it’s nice to see that some guys still tower above the rest because he does things the old-fashioned way.

One of the most underrated flankers in South African rugby is delivering the type of solid, varied performances weekly that won’t have many complaining if he receives a national call-up.