Franco Smith's wayward side make heavy weather against Super Rugby's lightweights before keeping them at bay. 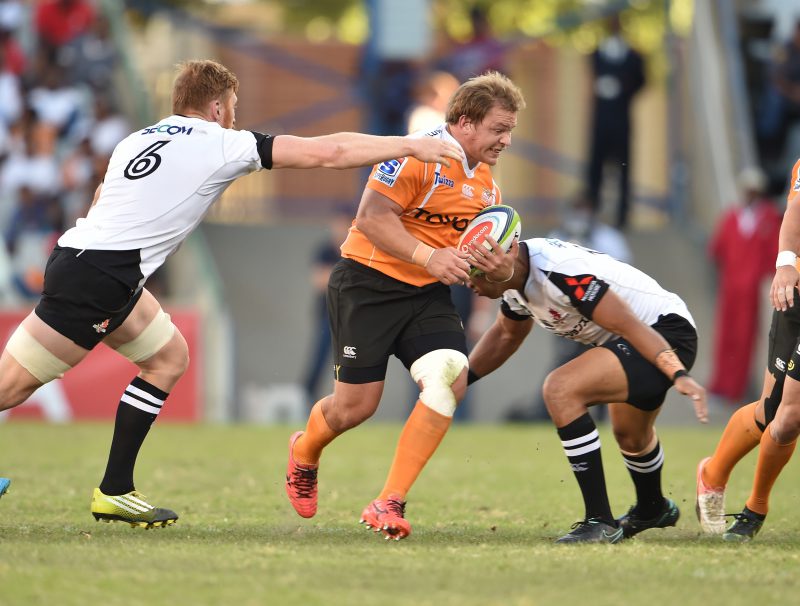 If the Cheetahs thought it was going to be a walk in the park on Saturday at home against the troubled Sunwolves, they were in for a rude awakening.

Franco Smith’s men eventually had to hang on desperately to win this Super Rugby meeting 38-31.

Given how the home side lost concentration and defended poorly at times, it was rather justified that they didn’t secure an important bonus point.

They certainly didn’t deserved it.

But the enthusiastic Sunwolves definitely did, having come within seven points of their opponents.

The second half became an error-ridden affair after the ferocious pace of the first 40 minutes.

Nonetheless, it was the Cheetahs quick 10 points after the break to allowed them to take a 30-17 advantage and establish enough of a buffer to keep the visitors at bay.

Home flyhalf Fred Zeilinga, who kicked 18 points and missed just one kick at goal, slotted a crucial penalty before burly centre Clinton Swart burst over after having a try disallowed in the first half.

That sequence of scoring seemed to tame the Sunwolves but that proved a faulty assumption.

14 quick points from the Japanese side followed with quicksilver left-wing Kenki Fukuoka scoring twice in the space of seven minutes to steer his side to an unlikely 31-30 lead.

Bloemfontein fell silent but a yellow card in the 62nd minute to replacement prop Takuma Asahara for killing the ball on the deck was a telling blow to the visitors.

Shortly afterwards the Cheetahs went over for their fourth score through centre Rayno Benjamin to grab back the lead.

One could almost forgive Zeilinga for taking another penalty seven minutes from time to secure a seven-point gap.

The Sunwolves surprised with their intensity on defence and seemed to have thrown the home side out of their comfort zone.

There was hardly 30 seconds of the game gone when the visitors rocked the home team with their first try by fullback Shota Emi after the Cheetahs failed to take control at the kickoff.

Captain Torsten van Jaarsveld was credited with the Cheetahs opening try to level scores again at 7-7 after bursting clear next to a ruck.

Their second try came four minutes before the break by flanker Oupa Mohoje came after a clever delayed pass from scrumhalf Tian Meyer.

The Sunwolves, however, clearly came to play.

And it proved a long evening for the hosts.