Britz was on the brink of giving up the game

Crowd favourite, Lions flank Willie Britz, almost decided to quit playing the game – until he got that call. 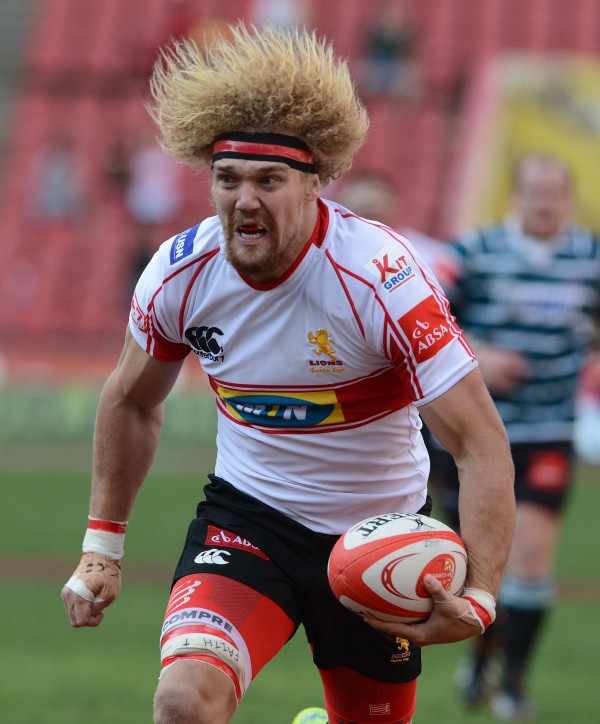 Britz, 25, with his bushy hair and ability to pitch up at the right place at the right moment, has brought huge delight to the Ellis Park faithful, but he said this week he almost gave up hope some three years ago.

Britz started his junior career with the Griquas in 2005/06 but also had spells at the Free State Cheetahs, the Griffons and UFS Shimlas – but it all changed when he joined the Lions in 2012.

“I felt at a stage I was not getting enough game time and contemplated to give up the game. But then I got the call from Ackers (Lions coach Johan Ackermann), and I have never looked back,” said Britz.

“Super Rugby was a real eye- opener and we are used to playing against fellow local teams in the Currie Cup, but the game against the Blues with their eight All Blacks was really quick.”

Britz only played his fourth Super Rugby game against the Blues in his first start since making his debut in the opener against the Cheetahs, but he said the squad are enjoying the journey.

“Ackers is a real open-minded kind of coach and you know exactly where you stand. He will call you in at the beginning of the week and tell you straight whether you are going to play or not and explain the reasons,” he said.

Britz, named the Lions’ Supporters Player-of-the-Year last season, said the award was a humbling experience and they want to make the fans proud of the team.

“I just count my blessings and we are fortunate to have a captain like Warren Whiteley. He leads by example. He is hugely positive,” said Britz.