Vulindlu and Mjekevu – the lost and found at the Kings

In a different world, these two utility backs could've been household names in Super Rugby. But it didn't quite work out. 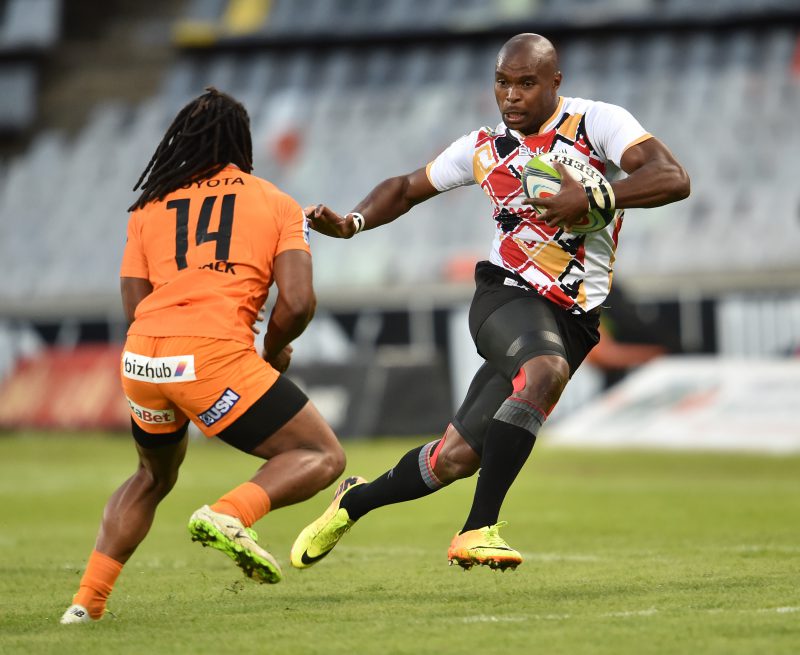 There’s no denying the Kings provide certain players opportunities at Super Rugby level they wouldn’t be able to get at other teams.

But when they meet the Force in Perth on Sunday, two men – Luzuko Vulindlu and Wandile Mjekevu – will run on and wonder if things could’ve been different.

Also read: Battling Bulls now have to ‘chase’ to get anything out of 2017

In 2009, the Sharks were smiling broadly.

Coach John Plumtree had just handed the 20-year-old Vulindlu his Super Rugby start against the Hurricanes in Durban.

Four minutes into the second half, the man from Grahamstown scored an opportunistic try from a quick line-out in a 33-17 win.

Waiting in the wings was a player named Lwazi Mvovo, a slightly older teammate who was going to be Vulindlu’s wing partner in the Sharks team for the next decade or so.

Mvovo went on to become a Springbok (and even score tries against England at Twickenham).

Vulindlu went off the boil.

First he was shipped off to the rock hard fields of Kimberley to play for Griquas before becoming an even more low-profile player at South Western Districts in George.

When Super Rugby expanded again in 2016 to include the Kings, Vulindlu got a second chance to fulfill some of his early promise.

He hasn’t set the scene alight but he also hasn’t been bad.

But he can grant him some form of opportunity – even if it’s as an inside centre nowadays.

“It’s obviously unfortunate that (experienced midfielder) Waylon Murray has been ruled out,” said Davids on Thursday.

“But I’m not too troubled because we have Luzuko to fill in. He’s actually a very experienced player and a good option to have. The real bonus now is that we have the opportunity now to give him an extended run in the team.”

That’s probably all he ever wanted.

26-year-old Mjekevu, who’s been bracketed as a replacement, has also travelled a long and generally unfulfilling road.

It’s seven years now since he memorably scored a hat-trick as a teenager for the Lions against the Chiefs at Ellis Park.

He had two decent seasons with French club Perpignan but after the Sharks signed him, injuries have plagued him.

Again, Davids is more than happy having the on-loan utility back available.

“Wandile has played enough rugby now to be considered experienced. He’ll be really important for us going forward,” he said.

At the moment it doesn’t sound like much but Mjekevu is still young enough to make something of it.