Springbok coach Heyneke Meyer has viewed the clash against a World XV at Newlands on June 7 as vital in their 18-match march towards the World Cup in England next year. 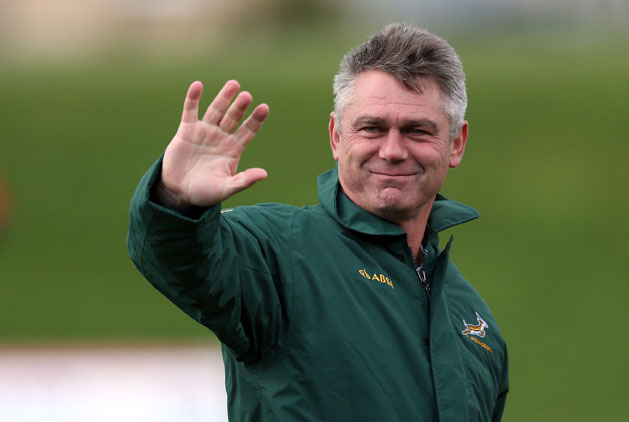 While the Boks are still cemented at No 2 on the world rankings, they still have some lost ground to make up to the All Blacks, but Meyer is feeling exuberant in his third year in charge.

“It’s always a challenge for the Springbok coach to prepare a team for the first Test of the year as the squad only assembles in the week of the Test,” said Meyer.

“There are certain goals I have set for the team this year, and the match against the World XV is the ideal opportunity to start putting those plans in place.”

While former Bok coach Nick Mallett, who has been appointed as the coach of the World XV, made it clear it won’t be a walk in the park, Meyer stated that building from last year would be imperative.

While the Boks chased the All Blacks for Rugby Championship glory last season, the difference came in losing to the Kiwis home and away for the second straight year.

All Black legend Carl Hayman and Springbok World Cup winner, BJ Botha, have been named as front rankers in the World XV.

The backline will feature outstanding Wallaby talents in James O’Connor, Matt Giteau and Drew Mitchell as well as All Black Hosea Gear.

France will be represented in the form of eighthman, Julien Bonnaire, and inside back Francois Trinh-Duc while Toulon-based England backrower Steffon Armitage is part of a Six Nations triumvirate so far named.

Morné has a place in SA Hall of Fame
1 day ago
1 day ago
PREMIUM!

Morné has a place in SA Hall of Fame
1 day ago
1 day ago
PREMIUM!