Allister Coetzee's men remain unbeaten in 2017 and have made a perfect start to the Rugby Champs as Argentina shoot themselves in the foot. 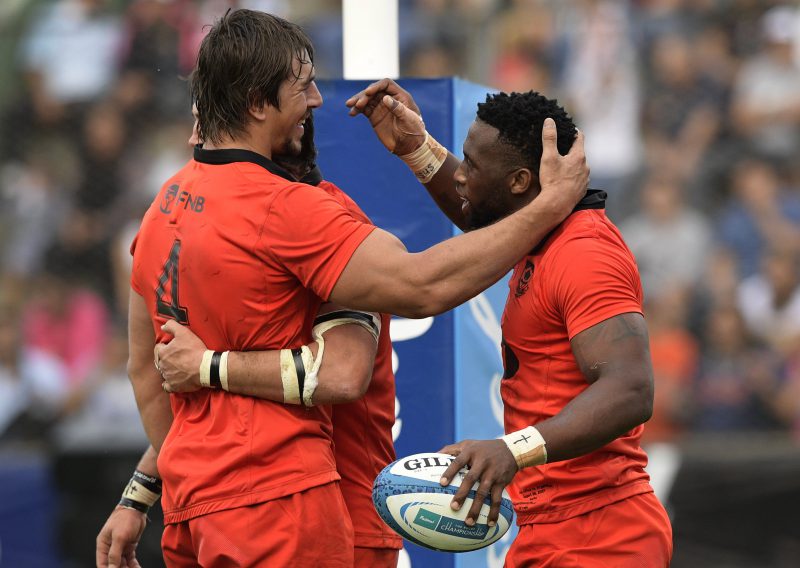 The red-cladded Springboks retained their unbeaten record for the year by beating Argentina 41-23 in Salta on Saturday night.

More importantly, they have started the Rugby Championship with back-to-back wins.

Outscoring the Pumas by five tries to two – and securing a vital bonus point – the Springboks took full advantage of their slightly better possession and territory.

That said, they were still pushed by the very physical Pumas.

Leading 17-10 at the break, the Boks kept up their physical approach and intensity of the previous week in Port Elizabeth, scrumming powerfully and defending well.

Discipline was a major problem for both sides.

Argentina were shown three yellow cards – the final one leading to lock Tomas Lavanini being sent off – while Springboks fullback Andries Coetzee was punished for a late charge.

Not only did flanker Siya Kolisi scored two of the Springboks’ tries, he put in a tireless performance in both defence and attack. He is quickly developing in one of the most important players in the national side. He was denied a hat-trick by Lavanini’s cynical play.