It will an exuberant bunch of players departing for their challenging Super Rugby away trip this morning, enthused Lions lock Franco Mostert this week. 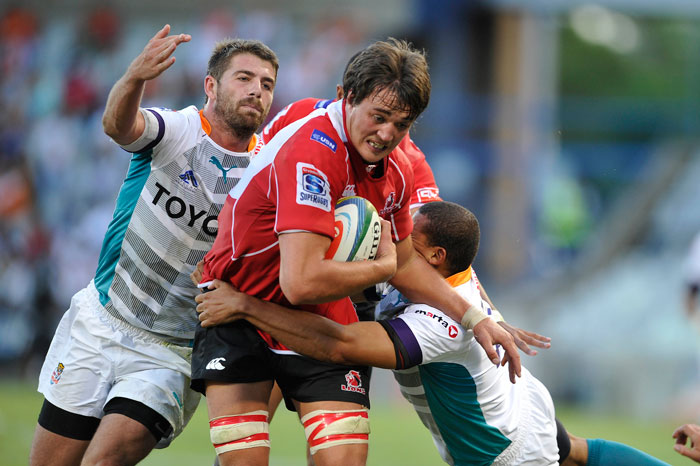 At just 23, Mostert has become the senior lock after the ankle injury to veteran Franco van der Merwe – who announced yesterday he will join Irish club Ulster in August – but said they are keen as a group to go and do the Lions brand proud.

“We are very excited, and for me as well as for most of the guys, it will be their first tour,” said Mostert, who joined the Lions last season.

“There are only a few guys who have toured – like Derick Minnie, Deon van Rensburg, Elton Jantjies and Lionel Mapoe – so for most of us it will be a new experience.”

They open with a tough game against the Chiefs next weekend with games against the Highlanders, Waratahs and Force to follow.

Mostert, who went school in Brits before playing 12 games for the Blue Bulls in 2012 while making his name for Tukkies in the Varsity Cup, is adamant the Lions are far from done.

“We’ve seen how difficult it is to get results overseas, but if we can win say two out of four, it would be great,” he said.

Losing their last game 18-3 to the Stormers was frustrating, but they won’t use the disruption of withdrawals before the game as an excuse, the 1.98m, 115kg lock maintained.

“I think our first phases let us down on the day and we could’ve done better in our lineouts, but at times I thought we really played well,” Mostert said.