Reliable Ross Cronje is ready to right some Springboks wrongs

The Lions scrumhalf returns after illness and is expected to have a positive influence again on partner Elton Jantjies. 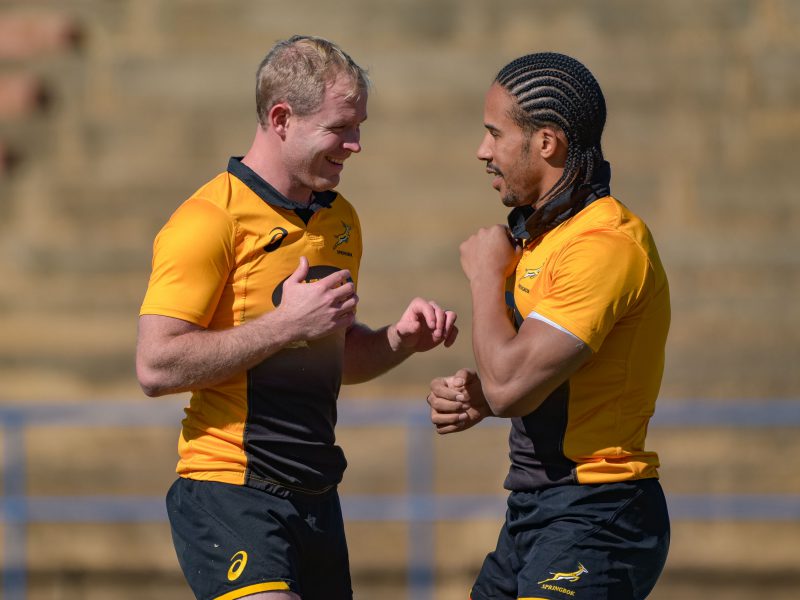 Scrumhalf Ross Cronje was not at all relieved to have missed the Springboks disastrous last game against the All Blacks. Quite the contrary.

Expected to return to the Springboks’ starting line-up on Thursday for the Rugby Championship clash against Australia this weekend, Cronje said it’s the type of game that gets his blood pumping.

“I would have loved to play that game, I love being part of big games like that and I love a challenge,” the 28-year-old Cronje said.

But the Lions No 9 with the bullet pass doesn’t believe he will necessarily be under more pressure to perform after Francois Hougaard’s exit and the addition of Louis Schreuder to the squad.

The Lions halfback missed the 57-0 loss due to a stomach bug and could replace the struggling Hougaard, who has been dropped from the squad.

“I don’t feel there’s pressure on me. It’s not an individual sport.

“I don’t think some scrumhalves struggle with their passing game. It’s just what you focus on and your type of play.”

Cronje, who has missed three of the last seven Bok Tests due to injuries and illness, believes it’s a different ball game comparing Australia to New Zealand.

“They both play different types of rugby, we got to prepare for Australia this weekend and focus on what we have to do against them and they are a quality side,” Cronje said.

He believes since the start of the Championship, Australia just got better and better.

“But I do believe we have the talent and the drive, so we are excited about the challenge that lies ahead for us,” Cronje added.