Burger to light fire under Stormers?

Will the Stormers nightmare season continue or will the return of Springbok flank Schalk Burger ignite them? 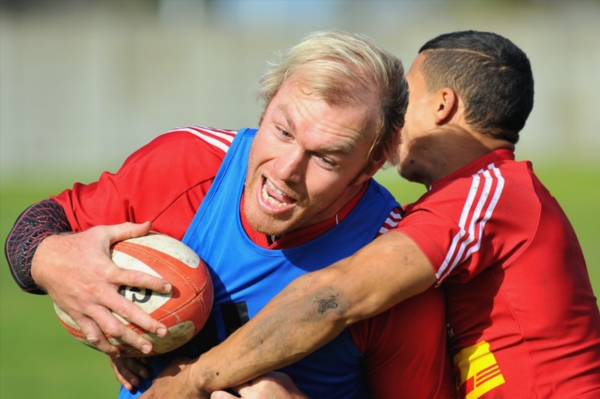 This is the big question for skipper Jean de Villiers and his charges at Newlands today when they host the Highlanders, who thrashed the high-profile Sharks in Durban last weekend.

Burger and hooker Scarra Ntubeni have both recovered from calf injuries and, with a first start at flyhalf for Kurt Coleman, could be just what the doctor ordered.

But De Villiers warned that the threat posed by big Highlanders centre Malakai Fekitoa and captain Ben Smith at fullback could be a handful.

“Ben has been on top of his game for some time now,” said De Villiers.

“If you have the ball in hand, it favours you – but then making the correct decisions is just as important.”

Ntubeni’s return will be a massive boost for the Stormers’ lineout arsenal after it went off the boil in recent weeks, but Burger is set to prove that class is permanent and form temporary.

“The Highlanders showed last week that they are a team who don’t flood the breakdown,” said Stormers coach Allister Coetzee.

“We’ll have to put pressure in the set-piece and dominate with ball in hand. We definitely don’t enjoy the position we are currently in.”

The team from Otago have not beaten the Capetonians in more than seven years and last breached their defence in 2009 – a record the Stormers would definitely want to keep intact.

The Highlanders’ last win over the Capetonians was in 2007 in Dunedin. Since then, the Stormers have won five on the trot, the last being a 21-6 victory at Forsyth Barr Stadium in 2012.

During this time, the Highlanders have scored only two tries against the Stormers – one each in 2008 and 2009.