‘Cheetahs the ones to watch this Currie Cup’

Log-leaders the Cheetahs will be a force to be reckoned with in this year's Absa Currie Cup competition, according to Lions coach Johan Ackermann. 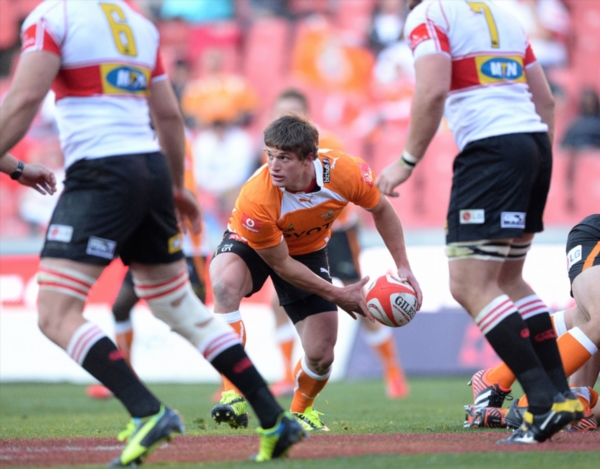 Piet van Zyl of the Cheetahs clears the ball from the ruck during the Absa Currie Cup match between MTN Golden Lions and Toyota Free State Cheetahs at Ellis Park on August 10, 2013 in Johannesburg, South Africa. (Photo by Duif du Toit/Gallo Images)

Even though they lost their opening game 30-29 to the Cheetahs at Ellis Park on Saturday, Ackermann believes the Lions won’t be pushovers in the competition.

“I think we performed well against one of the top sides.

“I believe they must be one of the favourites for the Currie Cup,” he said.

The fact is the Lions could have pulled it off had Elton Jantjies, right, converted just one of his two missed conversions late in the game, after he replaced Marnitz Boshoff who was deadly with the boot.

“Marnitz made one or two defensive errors and Elton brought some fresh legs. He is also a good defender,” said Ackermann.

“Maybe I made a mistake. I could have kept Marnitz’ feet on the field at fullback, but we had more than enough opportunities to win the game,” he said.

The Lions led 16-13 at halftime, but it was the Cheetahs who dominated proceedings in the opening half in front of a sound crowd of

Captaining the Lions for the first time, flank Derick Minnie believed they came back well in the second half as they started to seize control in the set pieces after prop CJ van der Linde replaced Jacques van Rooyen.

“I think we defended for most of that first half, the game was being played at a very high pace but I think we’ve shown we’re not far behind,” said Minnie.

Cheetahs coach Naka Drotske echoed the general opinion that they were much better than just the one point in the end.

“It was an exhausting finish to the game, our set piece didn’t function well in the second half. We need to play for 80 minutes and we must learn from this,” said Drotske.

“There were three or four try-scoring opportunities we missed, but it’s a great feeling to come up to Joburg to beat the Lions at Ellis Park,” he said.