Cheetahs are still in a position to strike

A messy and probably unnecessary defeat to Italian side Treviso set them back but they're still in a decent spot in the Pro14. 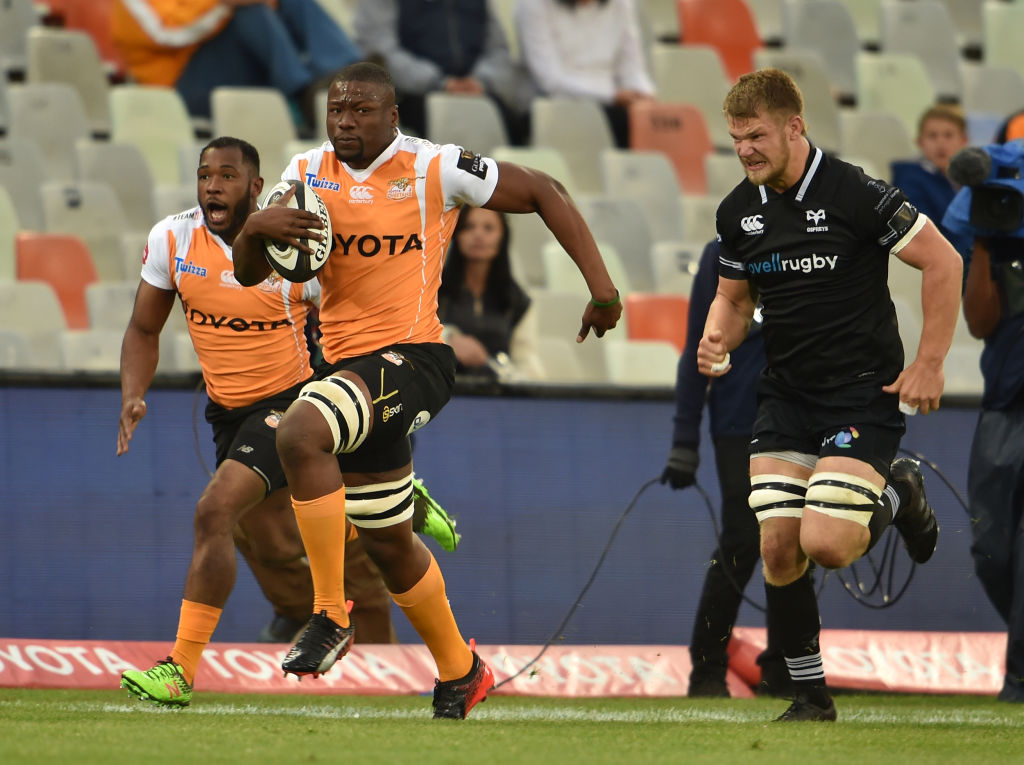 Oupa Mohoje is in fine form for the Cheetahs. (Photo by Johan Pretorius/Gallo Images/Getty Images)

After letting a golden opportunity slip in Treviso last weekend, the Cheetahs could put the heat back on the leaders in the Pro14 competition.

The Cheetahs went down 27- 21 to Benetton, but are sitting in third in Section A with 30 points as they have two games in hand on second-placed Munster who are on 43 and the leading Glasgow Warriors on a healthy 58.

Benetton won both their festive fixtures against neighbours Zebre prior to the game but this is the first time they have won three in a row in the Pro14 since December 2012.

The Cheetahs have lost just three times since round two, at home to Glasgow in October and away to Connacht in November and now to Benetton in these team’s first meeting.

Over the next two weeks the Cheetahs could make up valuable points in back-to-back fixtures against the struggling Kings in Port Elizabeth and Bloemfontein with the Kings suffering their 11th straight loss in going down 37-7 to Edinburgh in Scotland.

Captain Francois Venter (neck), wing William Small-Smith (knee) are doubtful for this weekend after being injured last week, but fullback Clayton Blommetjies who sat out last week due to a cold could strengthen the line-up.

Springboks like flanker Oupa Mohoje and No 8 Uzair Cassiem were both back in the starting line-up last weekend.

While Cassiem made his Pro14 debut, Mohoje scored both of the Cheetahs’ tries and was arguably the best Cheetah on the field.

The squad flew back on Sunday and were only due back by 3pm on Monday, which meant a whole day of preparation and recuperation went a begging.

The Cheetahs will assess scrumhalf Tian Meyer who missed the game due to a groin injury which gave Zee Mkhabela a rare opportunity on the bench.

There was also valuable exposure for flyhalf Niel Marais and fullback AJ Coertzen who were making their Pro14 debuts.

Faf reminds the Lions and Springboks of what they’re missing