Grant brings up his century for Stormers

Peter Grant is back in harness at Newlands this weekend, just in time to start in his 100th Stormers game. 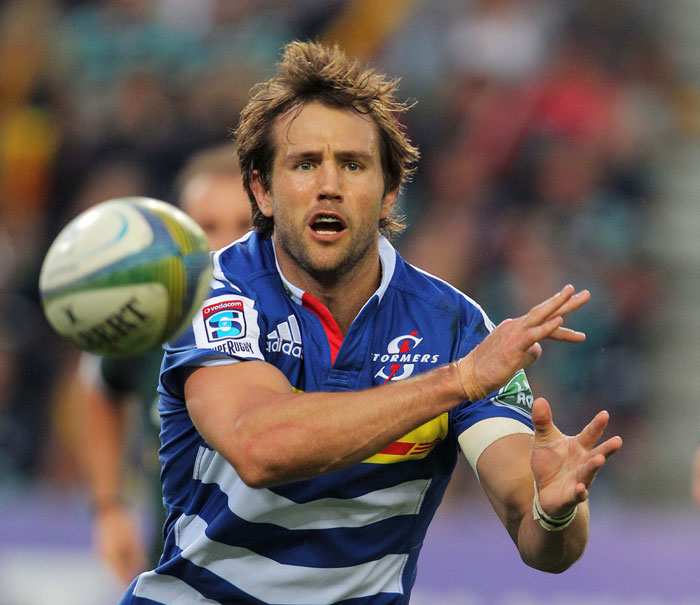 Grant, who played centre at Loftus last weekend, replaces Kurt Coleman at flyhalf in one of five changes coach Allister Coetzee made to his team for the Force game on Saturday.

“We are well aware of the strengths the Force possess, they have qualities right across the field,” said Coetzee.

Grant is only the third Stormers player to reach the century mark after lock Andries Bekker and captain Jean de Villiers, who has again been ruled out with a shoulder injury.

De Allende’s spot on the right wing is taken by the returning Kobus van Wyk, who has recovered from a wrist injury.

Captain Schalk Burger has been given until tomorrow to get over his back injury.

v While the Cheetahs flyhalf turmoil has headlined off-field happenings in Bloemfontein, coach Naka Drotske has made two changes against the Brumbies.

At scrumhalf, Shaun Venter replaces Sarel Pretorius, who is out for four weeks with an ankle injury, while rookie Renier Botha comes onto the bench.

At lock, Boela Serfontein replaces Waltie Vermeulen who moves down to the bench.

During the week the whispers of flyhalf Johan Goosen’s possible move to French club Racing Metro at the end of the season have become even louder.