Flying winger Henry Speight has returned to the Brumbies starting line-up just in time to torture the Cheetahs in Bloemfontein tomorrow. 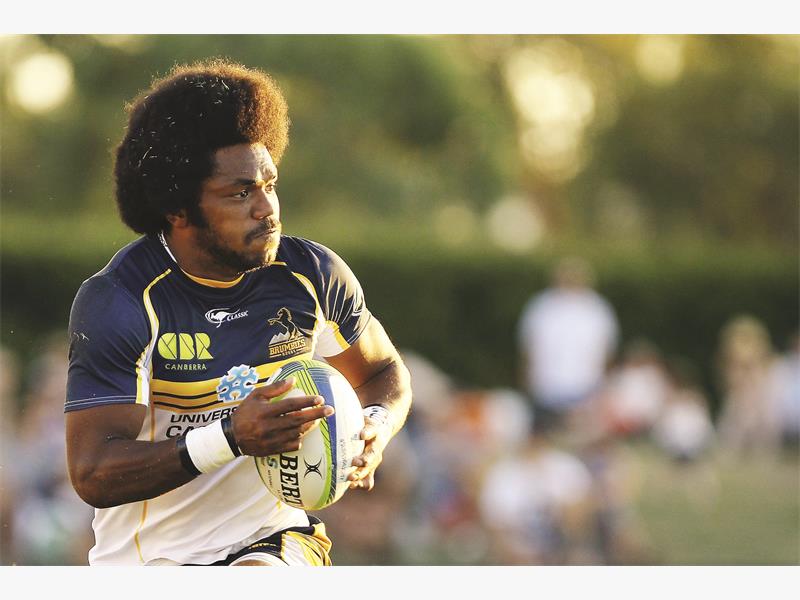 Henry Speight during the Super Rugby trial match between the Brumbies and the ACT XV at Viking Park on February 8, 2014 in Canberra, Australia.

Speight will create a meaningful contest with the Cheetahs’ Springbok star Willie le Roux who has been one of the brightest stars in a difficult campaign for the Free Staters.

For the Aussies, in their opening game of their South African safari, Speight’s return comes after two months in rehab for a broken jaw.

Speight, Australia’s top Super Rugby try-scorer in 2012 and 2013, replaces Joe Tomane, out for two months with a fractured eye socket sustained against the Sharks in Canberra last weekend.

Former Brumbies head coach, now their director of rugby, Laurie Fisher, said yesterday they were delighted with the return of the big Fijian.

“It’ll be good to see him take advantage of any opportunities which may come his way,” Fisher said yesterday.

Speight is the only change Brumbies head coach Stephen Larkham made to his charges after they beat leaders Sharks 16-9 in a dull, rain-affected kicking contest in Canberra.

On their SA tour of last year the Brumbies beat the Sharks 29-10 in Durban under previous coach Jake White but then lost 35-22 to the Stormers at Newlands the next weekend.

In a rematch of last year’s play-off they beat the Cheetahs 15-13 in Canberra with the Cheetahs missing a conversion in the dying seconds.