Alberts moves back to No 8

Talk of rotation and a spot of renewal has been swirling around the Sharks squad for some time as director of rugby Jake White's predominantly hierarchical approach in terms of selection has stalled a bit in this Super Rugby campaign. 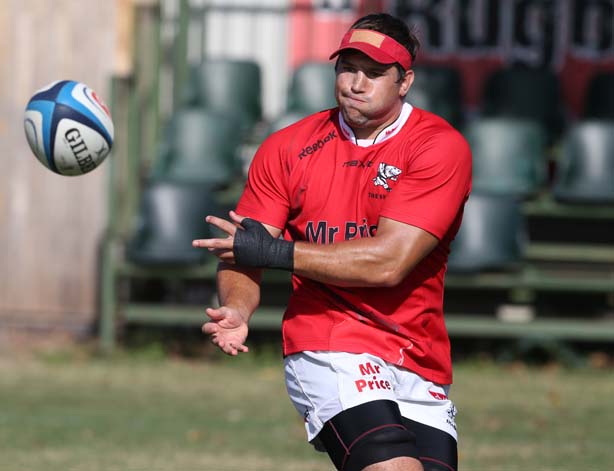 As they face the stern task of tackling the Crusaders at home tomorrow morning, the Durbanites, without embarking on a massive overhaul, have made some notable tweaks to their starting line-up.

Perhaps the most significant one is the selection of Willem Alberts at No 8.

He will always be a physical presence in any pack he features in, but the marauding aspect to his play had gone a bit missing after deputising at lock – even if the theory behind it wasn’t bad.

Alberts can now focus on his general ball-carrying thrust while presenting an extra option in the lineout instead of having the extra burden of organising it.

The lack of experience is obvious, but Lewies has been solid to date and they can also draw on the example of Jean Kleyn and Ruan Botha, the two Stormers rookies who stood up well to the Bulls last week.

Tera Mtembu gets an overdue opportunity again on the open side, though he will have to bring nimbleness to a loose trio that’s rather on the bulky side.

The back division only features one change with SP Marais slotting in at fullback and Lwazi Mvovo reverting to his more customary position on the wing.

It’s an indication that the Sharks might not change their kick-based pattern as Marais’ boot is far superior to Mvovo’s.

But that probably will count for little if Frans Steyn doesn’t improve at flyhalf, where White has shown some faith in retaining him there.

Bulls must 'adapt' or die, says White, after Edinburgh defeat
7 days ago
7 days ago

Bulls must 'adapt' or die, says White, after Edinburgh defeat
7 days ago
7 days ago