Coach talks up the Springboks

The Springboks will remain a world power despite the struggle in this year's edition of Super Rugby, according to Lions coach Johan Ackermann. 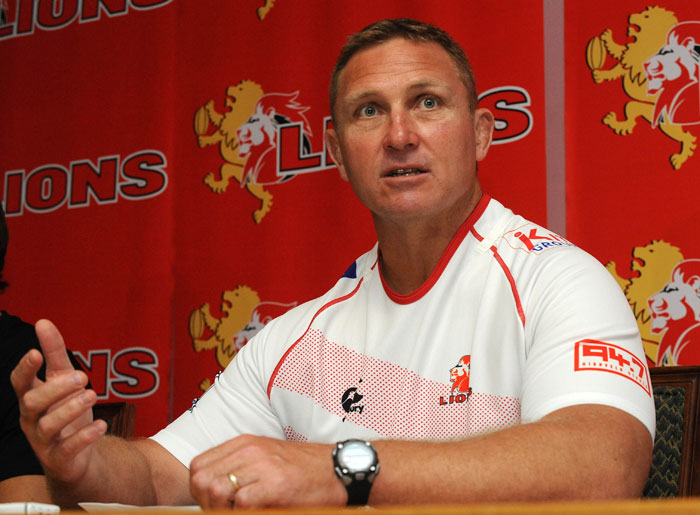 Ackermann, who yesterday named three changes to the Lions side for tomorrow’s clash in Sydney against the Waratahs, says the Boks will be as strong as ever.

“I think South Africa have the quality to come together as a team and perform. Australia and New Zealand may have skill, but we have size and power on attack, and we must just use it and focus on sound decision-making,” he said from Sydney.

“We showed it last year at Ellis Park and we saw players in the Baa Baas game showing off their skill. Our forwards can still dominate world rugby.”

Ackermann yesterday named JW Jonker on the left wing in place of Anthony Volmink and Deon van Rensburg on the right wing for Courtnall Skosan, who moves to fullback in place of Chrysander Botha.

“We tried to keep consistency and JW Jonker has been pushing hard for a starting opportunity, while we are excited to see Courtnall at the back,” explained Ackermann.

After getting so close last weekend against the Highlanders the Lions will push the Waratahs to get that elusive win on tour, he said.

“The Waratahs have a well-balanced side and lot of game breakers at the back and a big pack of forwards,” he said.

“Maybe we were unlucky last week at the end because we had the most possession and territory, but we did not play well in the first 40 minutes.”

Despite just one South African win in 16 games Down Under, there need not be any panic, he said.

“The results are not as good as some previous years, but there was still a number of close games, so it is hard, but I believe that SA can win overseas as we did before and for us as a group, hopefully, we can stay together and take the experience into next year.”