Ravaged by injuries and let down by soft moments on defence, the Lions were made to pay for a poor 10-minute period after the break yesterday, as they were thumped 41-13 by the Waratahs in Sydney. 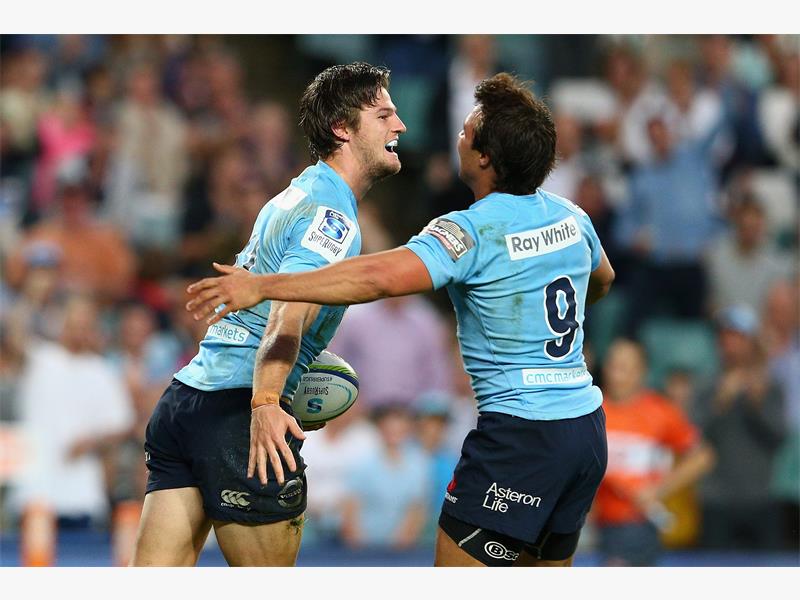 TOO GOOD. Rob Horne of the Waratahs celebrates after scoring his try against the Lions during their Super Rugby match at the Allianz Stadium in Sydney yesterday. Picture: Getty Images.

Coach Johan Ackermann admitted they were let down by that crucial period in their Super Rugby encounter in Sydney.

After being just 17-13 down at half-time, the Lions failed to add to their tally in the second period as the Waratahs ran in 24 unanswered points.

Soft tries by Waratahs wing Rob Horne and centre Adam Ashleigh-Cooper shortly after the interval, and a yellow card to wing Deon van Rensburg, saw the hosts stretch their lead to 31-13, and the match was effectively over for the Lions.

“That was the big turnaround. Against a team of that quality it would always be difficult to come back,” Ackermann said.

The Lions were severely disrupted by injuries, losing fullback Courtnall Skosan (hamstring) in the warm-up and centre Lionel Mapoe after just 13 minutes.

In the second half they lost both locks, MB Lusaseni and Martin Muller, which forced the tourists to move replacement flanker Warwick Tecklenburg to lock alongside Rudi Matthee, while hooker Robbie Coetzee had to play at flank.

“It was a really tough night as we picked up a lot of injuries. A few of them will probably have to fly home,” Ackermann said.

“Some simple mistakes early in the second half took the game away and the changes did not help as we lost momentum.”

Flank Jaco Kriel scored the Lions’ only try after a superb rolling maul in the 13th minute, while flyhalf Marnitz Boshoff added a conversion and two penalties.

Flyhalf Bernard Foley scored the home side’s first try and centre Kurtley Beale added their second in the opening half, while Horne grabbed his second on the stroke of full time.