Brussow gets the call

Springbok coach Heyneke Meyer is excited about the prospect of working with Cheetahs flanker Heinrich Brussow for the first time. 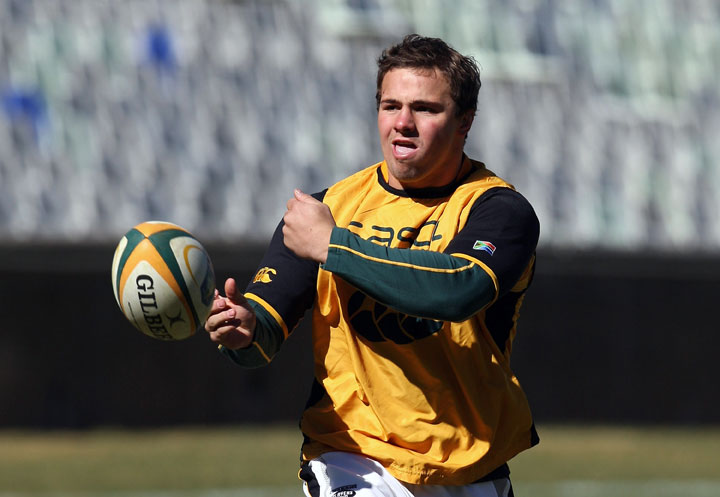 After not being part of his plans since taking over in early 2012, Meyer has called up the highly-rated Brussow in a surprise move.

“I’m looking forward to working with Heinrich for the first time. He’s been playing very well for the Cheetahs since returning from a long injury lay-off and brings a lot of experience to the table,” said Meyer.

Two former Blitzbok stars, wing Cornal Hendricks and centre S’bura Sithole, are also included in a 36-man squad to attend a national training camp in Durban from Sunday to Wednesday.

Players based in France, England and Ireland, like Bryan Habana, Morne Steyn and Francois Louw, were not considered by Meyer for this camp as most of them are still playing for their respective clubs.

Also back in harmony are 2011 veterans, lock Victor Matfield and flank Schalk Burger.

“Victor and Schalk have been out of rugby for a long time. They’ve really been in great form recently and the fact that they have not been with the Boks for more than two years, has made them hungry for Test rugby yet again,” said Meyer.

The experienced Fourie du Preez, is available for the Castle Lager Incoming Series against Wales and Scotland as well as against the World XV on June 7.

However, experienced centre Jaque Fourie could miss the entire season with an ankle injury.

The others are the Cheetahs duo of lock Lood de Jager and loose forward Teboho “Oupa” Mohoje, prop Marcel van der Merwe and flank-cum-lock Jacques du Plessis of the Bulls.