The Sharks will sharpen their teeth ahead of their Absa Currie Cup showdown in Durban on Friday night, cautioned Lions coach Johan Ackermann, right. 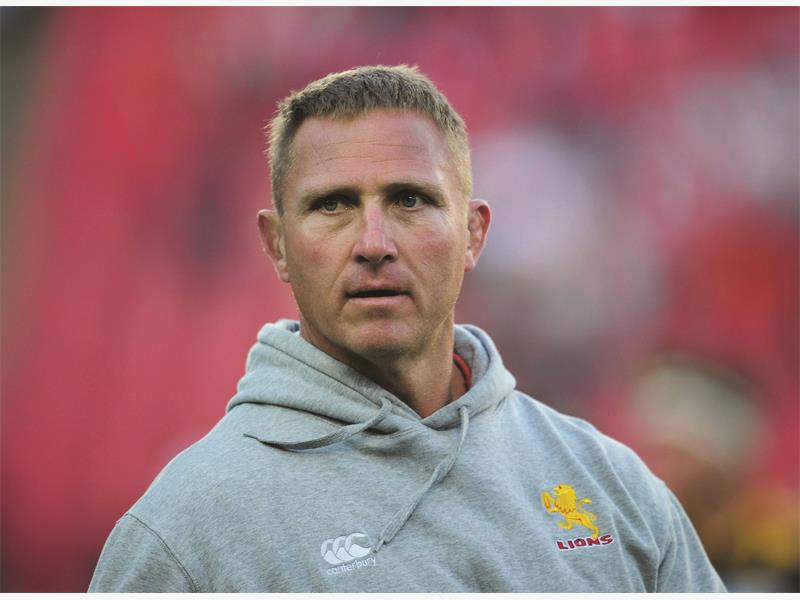 Both teams are coming off narrow home losses in the opening round last weekend and the Sharks will be fired up after new coach Brad MacLeod-Henderson’s debut game against Griquas ended in defeat.

“I think they would have been put under pressure from their management and I believe they are going to be a very desperate team,” predicted Ackermann.

“It’s also a Friday game which gives us a short turn around and not a lot of time to train,” Ackermann said.

The Lions face two tough away games in a row, in Durban and at Loftus, and will want to come back from their 30-29 loss at home to the Cheetahs last weekend.

“I think we had a lot of guys who hadn’t played a lot of rugby and we made some stupid mistakes, but once we’ve had a look at that, we should be okay,” he said.

Ahead of another tough away fixture against Western Province at Newlands this weekend, Cheetahs coach Naka Drotske said he experienced a nervous period before they clinched the valuable away win at Ellis Park.

“I must say I was very relieved when that last conversion of Elton Jantjies fell just short.

“It was frustrating to sit back and see them scoring their third try,” said Drotske.

“We could have lost the game in the last seconds, but we put pressure on ourselves and kept them in the game,” he said.

Drotske said they have injury concerns to wing Riaan Smit, who left the field with a tight hamstring, and prop Caylib Oosthuizen who took a hard knock.

“Others like Tonderia Chavhanga will be out for another two to three weeks, Rayno Benjamin will only be back in September and Tewis de Bruyn is out for the season,” he said.

“We also lost five or six players since our play-off match in Super Rugby – they returned to Griquas for the Currie Cup – so we had a lot of new players,” said Drotske.