Stormers roll out the big guns

After both were confined to spectator duty last week, Stormers captains Jean de Villiers and flank Schalk Burger are expected back when the Capetonians host the Cheetahs at Newlands this weekend. 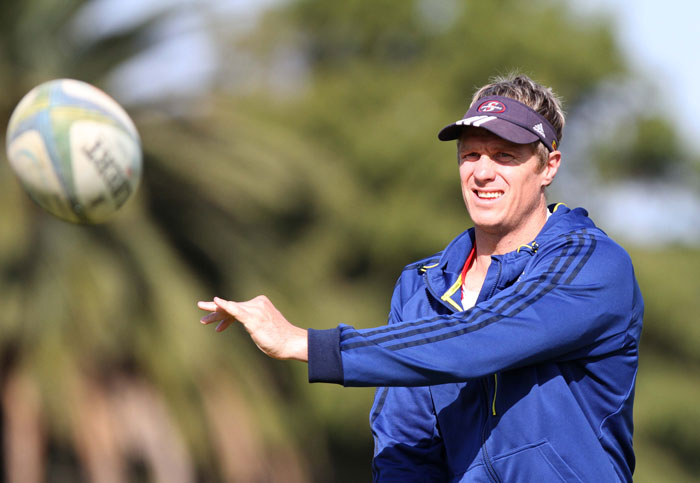 De Villiers missed the Super Rugby matches against the Bulls and the Force with a shoulder concern, while Burger’s sore back forced him to pull out on the eve of last weekend’s clash against the Force with No 8 Duane Vermeulen taking over the leadership.

Burger returned to training on Monday, a day later De Villiers resumed preparation, but as part of managing the player’s welfare, Vermeulen sat out training with prop Brok Harris who took a knock to his knee last weekend.

Prop Frans Malherbe’s concussion rehab will also see him sitting out this week, but fortunately Oli Kebble has recovered from his concussion and either he or Alistair Vermaak will start on the loosehead against the likes of the Cheetahs’ Coenie Oosthuizen.

But prop Steven Kitshoff has undergone a foot operation after his initial knee injury suffered against the Highlanders, and he will be out of action for at least 16 weeks.

Having to face the Cheetahs at home and the Sharks away before the June international break arrives, coach Allister Coetzee said he is happy to have seen some of the Stormers fight returning last weekend.

“We are still waiting to put a full 80-plus (minutes) together, we got to 60 against the Force, which is the first time this season that for the majority of the match, we have executed well,” said Coetzee.

“I am happy with the physicality,” he said.

“I am happy with the intensity and even the rest of the squad have done really well and backed that up,” he said.