Lobberts back in Super Rugby mix

"Hey guys, remember me?" could very well be the question Griquas lock Hilton Lobberts demands of his former Stormers comrades this weekend. 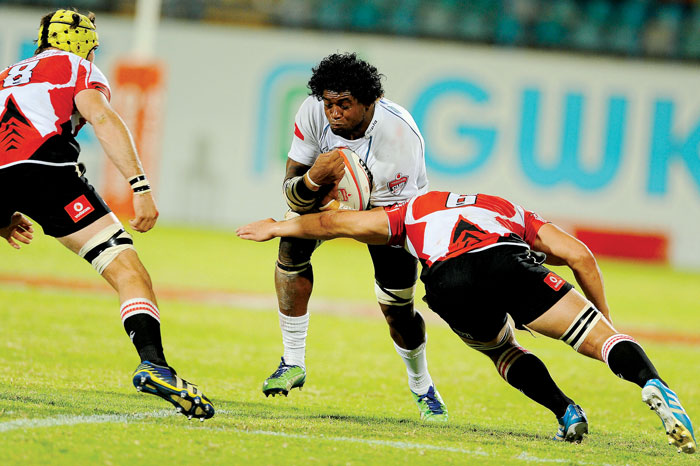 FILE PICTURE: Hilton Lobberts of GWK Griquas during the Vodacom Cup final match between GWK Griquas and Golden Lions at GWK Stadium on May 16, 2014 in Kimberley, South Africa. (Photo by Louis Botha/Gallo Images)

Lobberts was caught in the middle of a rugby desert for too long to remember, but this weekend he could earn his colours for a third Super Rugby outfit.

Lobberts was yesterday named on the Cheetahs bench for this weekend’s Stormers clash at Newlands, who he ironically also represented at this level on and off in 2009.

Apart from the Stormers and Western Province, Lobberts started out for the Bulls in the 2007/08 season and also earned two Test caps for the Springboks in 2006/07 under Jake White.

He also had a stint at Boland before he started to resurrect his career this year with some bustling performances for Griquas, helping them to the Vodacom Cup title last weekend.

Lobberts has replaced Waltie Vermeulen on the Cheetahs bench where is joined by Griqua team-mate and former Lions scrumhalf Tian Meyer, who is in for Renier Botha.

Cheetahs coach Naka Drotske retained the same starting line-up with changes only to the bench.

Drotske said he had been impressed with Lobberts’ physicality for Griquas this year and the former Bok flank has also caught the eye with powerful hits.