Multi-talented Cheetahs flyhalf Johan Goosen may just give Springbok coach Heyneke Meyer food for thought against the Stormers at Newlands this afternoon. 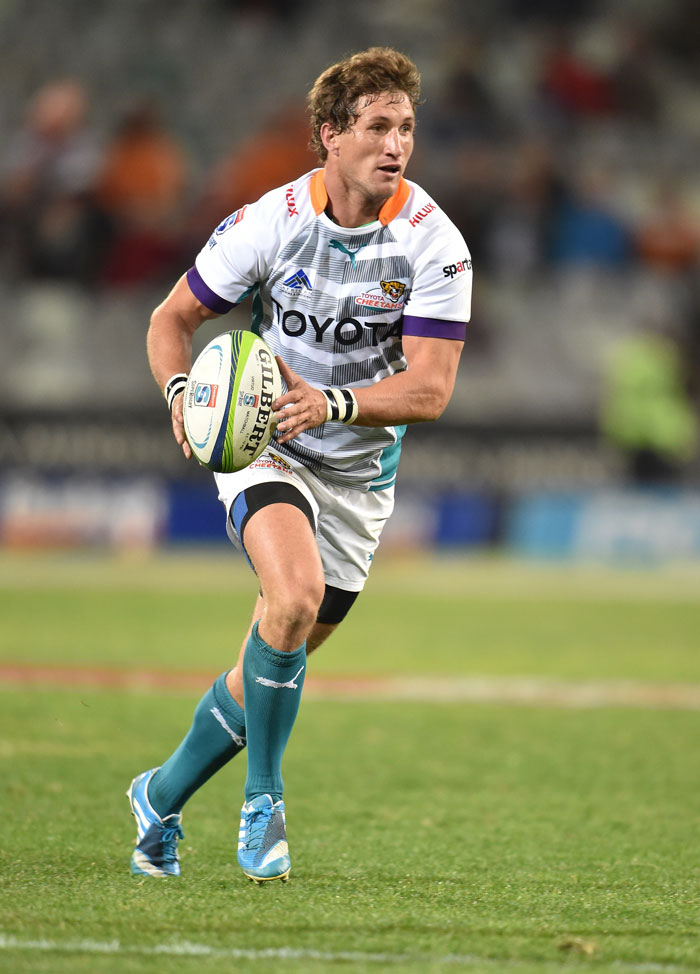 FILE PICTURE: Johan Goosen of the Cheetahs during the Super Rugby match between the Toyota Cheetahs and the Brumbies at the Free State Stadium on May 17, 2014 in Bloemfontein, South Africa. (Photo by Johan Pretorius/Gallo Images)

Goosen was in sparkling form last weekend in the win over the Brumbies, and has now added the fullback option as an additional inscription on his resume.

Cheetahs coach Naka Drotske said the advantage of moving Goosen to 15 since Elgar Watts has come in as a replacement flyhalf, has been beneficial.

“Elgar just provides that extra dimension on attack, while Goose has been unfortunate with injuries, but remains an extremely reliable goal kicker,” said Drotske.

The big question for the visitors will be the likely predicament of playing in their own half without quality possession at Newlands where the Stormers have been impressive.

Despite the Capetonians’ low log position, all four of their wins have been achieved at Newlands, where they have only lost once in five games, a 22-11 defeat to the Waratahs.

But the Stormers have the ideal counter for Goosen in Kurt Coleman, who has brought out the best in backs like captain Jean de Villiers and wing Damian de Allende.

“Kurt was always going to come back after his good game against the Bulls. He’s been playing great rugby,” said Stormers coach Allister Coetzee. “I said last week that Peter was selected because we wanted to give him a fitting 100-game celebration.”

While a big breakdown battle looms between Schalk Burger and Heinrich Brussow, Coetzee said he is eager to see what prop Alistair Vermaak can do in his first starting opportunity – against Coenie Oosthuizen.

“Alistair has been in our system for a while now. I am confident he can do a job for us ,” said Coetzee.