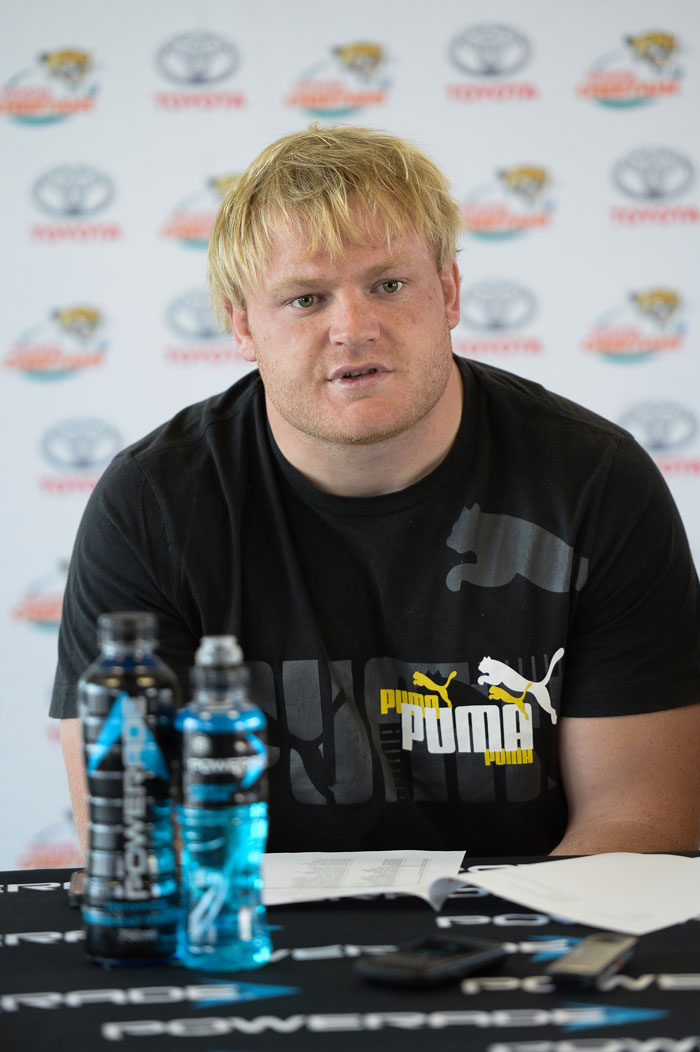 Strauss’ three-week ban for a dangerous tackle on Stormers wing Kobus van Wyk last weekend rules him out of the clash against the World XV next weekend as well as the two Tests against Wales in Durban on June 14 and in Nelspruit on June 21.

Meyer called up the Bulls’ Callie Visagie for the remainder of the current Bok training camp in Durban, which concludes today.

“Adriaan’s suspension means we’ve lost another one of the leaders in our squad for some time, but this is a great opportunity for Callie,” said Meyer.

“Of the players who have been part of Springbok squads in the past two seasons, Scarra Ntubeni, Chiliboy Ralepelle and Tiaan Liebenberg are injured, while Schalk Brits and Craig Burden are playing in club finals this weekend and aren’t available for the camp.”

Meyer said it was an added advantage for Visagie that he is well acqainted with the Bulls lock combination of Flip van der Merwe and Victor Matfield.

“Callie has been in good form in the last few weeks. Apart from being a very strong scrummager, his line-out throwing is pin-point and he knows Flip and Victor well.”

Some of the other hooker candidates if Meyer wants to look further than Visagie could include underrated Bulls hooker Bongi Mbonambi, the Lions’ Robbie Coetzee, the Stormers’ Deon Fourie and the Sharks’ Kyle Cooper.