Stokkies Hanekom, must stoke the Lions' midfield fire in their Super Rugby clash against the Bulls at Ellis Park this Saturday. 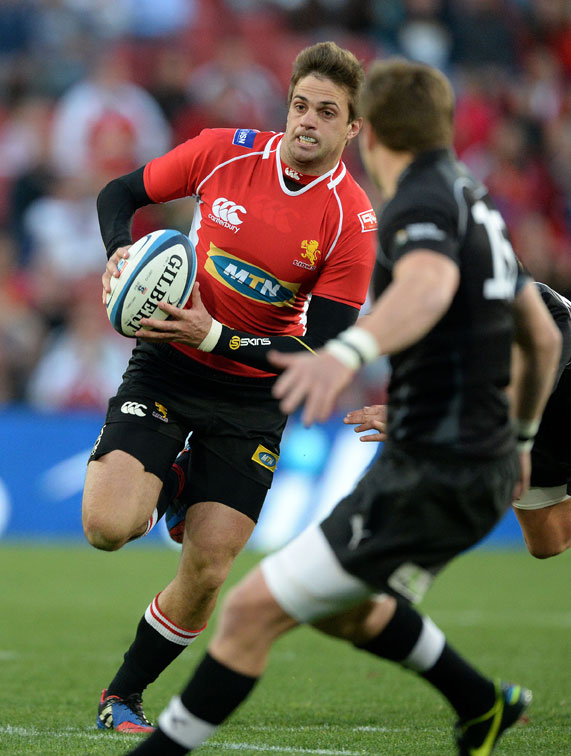 After just returning from a challenging away leg, Lions coach Johan Ackermann named six changes yesterday to his side to front up to the play-off chasing Bulls.

“Stokkies is a great attacking player with natural flair and by all accounts he did very well during the Vodacom Cup,” said Ackermann. “It must also be said we lost centres through injury like Lionel Mapoe, Stefan Watermeyer, Dylan des Fountain and JW Jonker.”

Ackermann said it will be great to be back at their Ellis Park home, while they acknowledge the Bulls will try to get the full house from the encounter.

“It’s a local derby and will be a big game, they have a lot of confidence.”

The GLRU in conjunction with Sun International yesterday announced a special “Share” package deal for the October 4 Test against the All Blacks at Ellis Park.

A ticket will also provide access to their remaining Super Rugby games as well as the Currie Cup coupled with exclusive hotel rights.

The first 500 ticket packages will also include a ticket to the June 21 Test against Wales in Nelspruit, while the first 2 000 will be offered a buy one night get one night free from the hotel group.