For the Springboks it's not simply a case of giving the ball to Willie le Roux, right, and expect him to weave his magic. 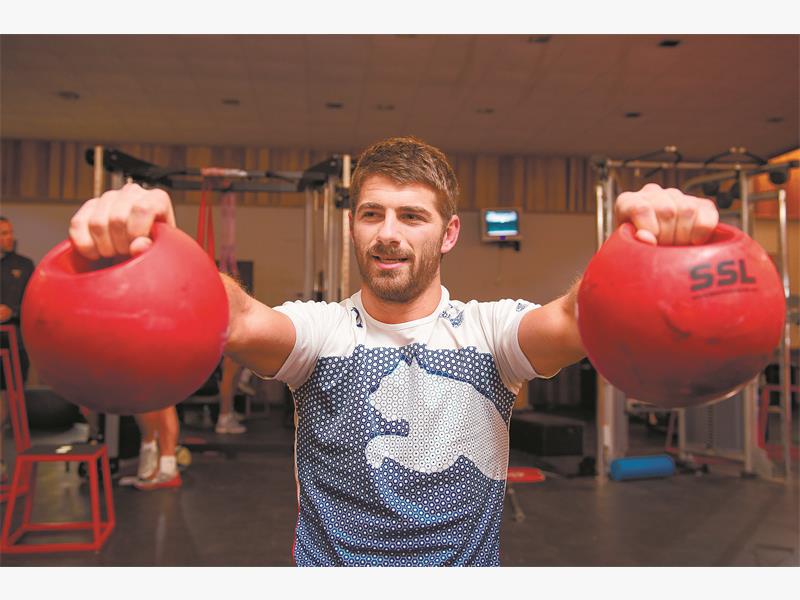 Multi-talented Le Roux is expected to retain his No 15 jersey in the line-up today ahead of Zane Kirchner, and Springbok backline coach Ricardo Laubscher believes he has a rich all-round potential that could be utilised in many ways.

However, Laubscher said yesterday in Fourways ahead of the Rugby Championship Test against Argentina at FNB Stadium this weekend, that there are many avenues for the team to explore.

“We try to attack as a unit and we know where we want to improve,” said Laubscher, a former Bok and Sharks fullback.

“Willie is a very versatile player and we’ll try to create opportunities for him and then allow him to make the decisions.”

The Boks scored 16 tries in the three June Tests against Italy, Scotland and Samoa, but Laubscher conceded it will be a completely different ball-game in the Rugby Championship.

But with experienced players like flyhalf Morne Steyn, wing Bryan Habana and centre and captain Jean de Villiers the backline has a very settled look about it.

“We scored eight tries from lineouts and eight tries from turnover ball, it’s all about creating the correct balance on the day, but the focus is always there to score tries,” he said. “We don’t always get the allowed space, we might only get one opportunity in say the 60th minute and then we must use it. It’s all about keeping composure.”

The possible return of scrumhalf Fourie du Preez to the bench has also been widely welcomed by the Bok brains trust.

“Fourie is a world-class player and his credentials are out there. The challenge for him is to get through the rest of our sessions,” said Laubscher.

The Bok backline coach said he was happy with the backline’s performances in the June Tests, but they are realistic enough to know it will be a completely different story in the Championship.

“Most of Argentina’s players play in Europe and we expect them to come hard at us, while in this competition we play regularly against the best in the world,” Laubscher added.

'I need to write a new story' at Toulon, says Springbok star Kolbe
13 hours ago
13 hours ago

'I need to write a new story' at Toulon, says Springbok star Kolbe
13 hours ago
13 hours ago