Whiteley might not join Lions on Down Under tour

Coach Swys de Bruin says it’s important for him that Whiteley, as Bok skipper and national interest, is completely ready in the next few weeks. 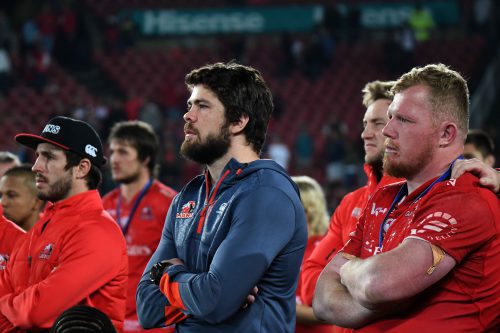 The Lions are not bargaining on injured captain Warren Whiteley joining them before the end of their current Super Rugby away leg Down Under.

The Lions started their away tour in grand fashion by downing the Waratahs 29-0 in a record-breaking feat in Sydney last Saturday, and face the Reds, Hurricanes and Highlanders in their next three games on tour.

Whiteley, who injured his knee in the Blues game at Ellis Park and missed the last five matches, has withdrawn on the eve of their departure and has recovered, but Lions coach Swys de Bruin said there are minor complications.

“Where Warren is concerned, nothing has changed so we will see what happens, the MRI scan showed there’s not much wrong,” said De Bruin.

“There’s apparently one small thing that leads to an minor irritation, but I believe it’s only matter of time for him to be ready,” he said.

In Whiteley’s absence, lock and flank Franco Mostert have led the side with great distinction.

“Whether we will get Warren back in time for the tour I don’t know, but as Bok skipper and national interest it’s important for me that he is completely ready in the next few weeks,” De Bruin said.

The Lions are currently topping both the South African and overall conferences but only has a one-point lead on the Crusaders on the overall log, which would be decisive in their effort to secure a second straight final at home.

The Lions have won six of their nine matches and have an 11-point lead at the top of the SA Conference on the fast improving Bulls.