Habana calls for a ‘clinical’ effort

If the Springboks are serious about challenging the All Blacks for world supremacy they will have to be more clinical – starting against the World XV today, stressed star wing Bryan Habana. 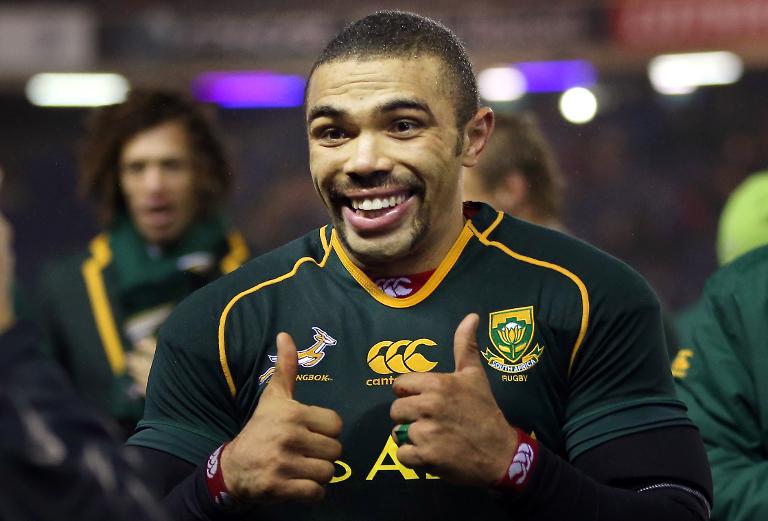 The accomplished 30-year-old, who has played 95 Tests and is the Springboks’ try-scoring record-holder with 53, made no bones about it this week in Cape Town.

“We have shown some growth under Jean (de Villiers, regular captain) and Heyneke (Meyer, coach) and now we need to take it another step up. We don’t view this game as a friendly but as one with potential Test intensity.”

New midfield combination JP Pietersen and midfield partner Frans Steyn will have to play a big part for them.

“With Jean and Jaque Fourie both out injured we will be looking at JP and Frans to get things done,” said Habana.

“He (JP) has been around for the last five to eight years, while one tends to forget that Frans comes all the way back from 2006,” he said.

Habana said even though he plays overseas now and having enjoyed big title successes with Toulon, there’s nothing quite like wearing the Bok jersey once more.

“It’s been claimed as a long international season, but for me, I missed about five-and-a-half months with a hamstring injury,” he said.

“I got the opportunity to play next to some real calibre players like Jonny Wilkinson. It was awesome just to play and train alongside him,” he said.

But that he had been given the opportunity to return to his former hunting ground at Newlands was just an awesome opportunity.

“Enjoyable as it was, it is simply great to be back with Heyneke and the team as I rate every opportunity highly,” he said.

“The five Toulon players might have only arrived on Wednesday, but Nick (Mallett, World XV coach) would have got them up to speed in no time,” said Habana.

“I have been in a changeroom with Nick before,” said Habana.

“We will have to respect them first and then … maybe enjoy a drink together afterwards,” the speedy winger said.

Rugby World Cup just two years away, but focus is on the now — Am
22 hours ago
22 hours ago

Rugby World Cup just two years away, but focus is on the now — Am
22 hours ago
22 hours ago