Springbok rugby was rocked yesterday when the news emerged that hooker and former Bok captain Chiliboy Ralepelle tested positive for a banned substance for the second time in his career. 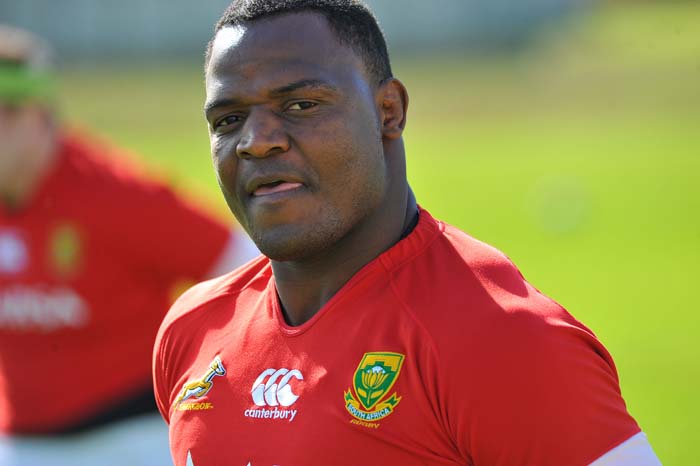 Ralepelle is not part of the current Bok squad due to injury, but was tested in France while recovering from a knee injury picked up playing for Toulouse against Biarritz in February.

The test was conducted during out-of-season random testing and Ralepelle could face two years out of the game if found guilty by an anti-doping disciplinary hearing. This could effectively rule him out of next year’s World Cup in England.

French paper L’Equipe reported Ralepelle, 27, failed the ‘A’ sample containing traces of Drostanalone, an anabolic steroid that is often used in bodybuilding.

Drostanalone is marketed as Masteron and is on the IRB’s banned list of substances, with its uses leading to higher levels of testosterone in the body. It has been medically used to lower cholesterol and in the treatment of breast cancer.

According to the French daily, Ralepelle was now “under investigation” and his club, Toulouse, had been informed of the positive test.

While the player is within his rights to request a B sample, his case would be affected by the fact he was already involved in a previous banned substance ordeal although he was found not guilty.

While on tour with the Boks under the former coach Peter de Villiers, he and fellow Bulls player wing Bjorn Basson were found to have a banned substance – methylhexanamine – in their system when tested after South Africa’s clash with Ireland in Dublin in 2010. The duo were sent home, but claimed the substance was in the Springbok-approved supplements they had taken and the charges were dropped.