Swys de Bruin's men's fine comeback had some gloss taken off it by Raymond Rhule's sending off. 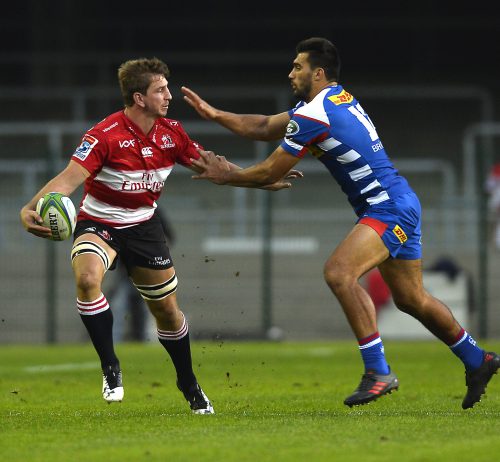 Kwagga Smith of the Lions and Damian de Allende of the Stormers during the Super Rugby match between DHL Stormers and Emirates Lions at DHL Newlands Stadium on May 26, 2018 in Cape Town, South Africa. (Photo by Ashley Vlotman/Gallo Images)

Poor discipline by the Stormers, resulting in three cards, paved the way for a brave 26-23 win for the Lions in an ill-disciplined Super Rugby contest at Newlands on Saturday night.

A 37th minute yellow card to Stormers centre JJ Engelbrecht for a tip tackle on Lions fullback Andries Coetzee was the first sign of frustration getting the better of the Stormers.

In the 50th minute matters went from bad to worse as a late shoulder charge from Stormers left wing Raymond Rhule on Lions counterpart Ruan Combrinck resulted in a red card and the hosts with a dark cloud over their ill-discipline.

Worse was to follow as a yellow card by Stormers replacement flanker Jaco Coetzee for a late charge on Lions No 10 Elton Jantjies left the home side briefly with just 13 men on the park.

Lions No 8 Kwagga Smith provided a vital turnover in the dying seconds of the game, showcasing his massive worth as a player. His inclusion in the Springboks squad is well deserved.