When speaking to Springbok centre Jan Serfontein this week you could sense there is a mixture of nervousness, but also huge expectation surfacing through his slight 21-year-old frame. 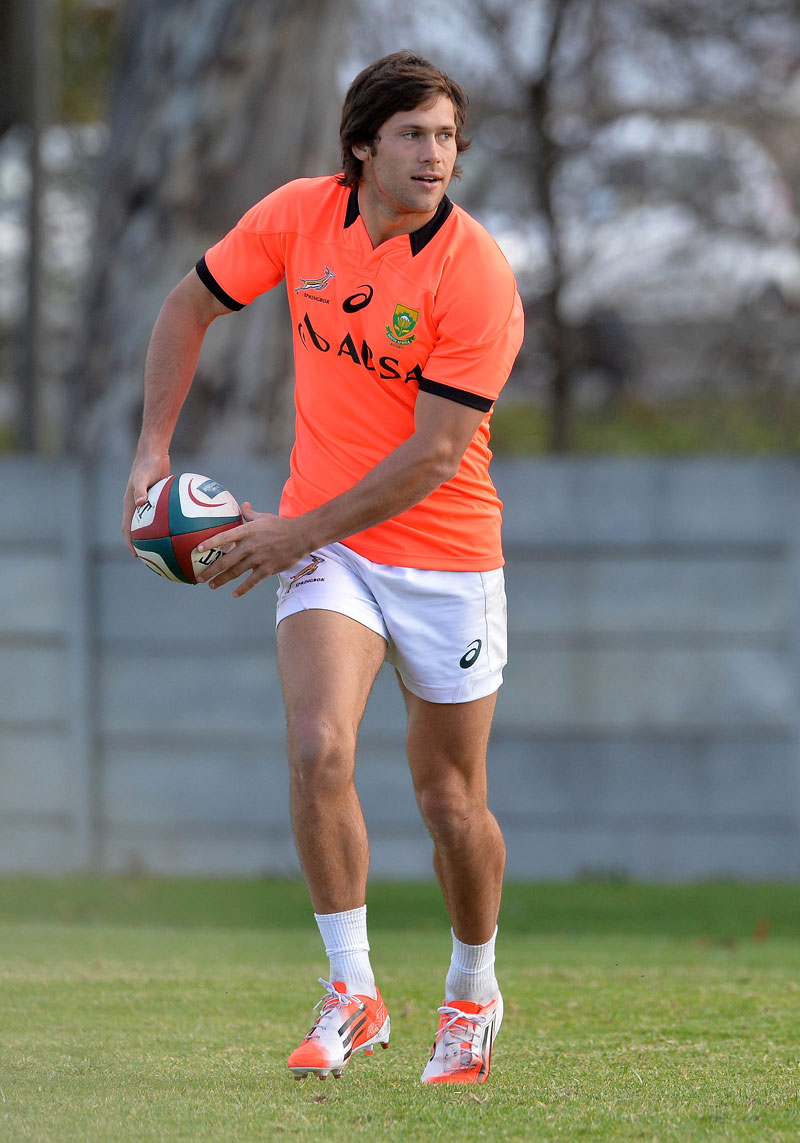 Jan Serfontein of South Africa during the Springbok training session ahead of the match between South Africa and the World XV at Newlands Stadium, Cape Town on 4 June 2014 ©Chris Ricco/BackpagePix

There is obviously the huge pressure on his young shoulders to fill the void of Frans Steyn stepping out of the Bok picture out of his own and taking his 53 Tests of experience with him.

“I am very excited to be handed my first start and can’t wait to go,” said Serfontein after featuring nine times from the bench before today’s Test against Warren Gatland’s Wales at King’s Park in Durban.

“I obviously learned a lot from experienced guys like Jean de Villiers and Jaque Fourie, while I also got to play more Super Rugby this year on a regular basis,” he said.

Having acknowledged the threat of opposing the imposing figure of Jamie Roberts, who was one of the British and Irish Lions’ stars five years ago on tour in 2009, Serfontein is relishing the challenge.

“Jamie is a quality centre and a big guy at 100kg so we will have to ensure we are up for the task on defence and attack,” he said.

Serfontein, however, has been tipped by Bok coach Heyneke Meyer to become a regular star in the team of the future.

“I think what has helped me a lot was playing just next to Morne (Steyn, Bok flyhalf) last year at the Bulls,” said the confident former Baby Bok star.

“I have settled in the No 12 position and I know what is expected of me to provide the go-forward so to speak,” he said.

Serfontein is also excited about the prospects he and midfield partner JP Pietersen can bring to the Boks.

“JP is a senior member, he has excellent hands and is great in communication. We combined very well in training and I’m really excited,” said Serfontein.