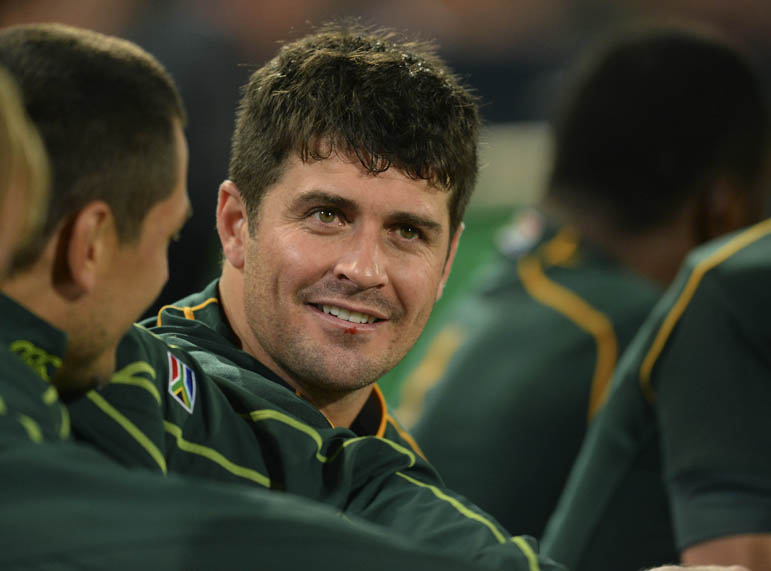 The Boks, who arrived in Nelspruit on Sunday for this weekend’s second Test against Wales at the Mbombela Stadium, are not in a good space with depth in the No 10 position.

After Frans Steyn’s departure, the knee injury to Johan Goosen last weekend and the long-term arm injury of Pat Lambie, Meyer will have to look at either new squad member Marnitz Boshoff or Ruan Pienaar as back-up.

“I thought Morne was awesome against Wales, the way he controlled the game and played the situation was a sign of an experienced player, especially now that we suffered a few setbacks in the flyhalf position,” said Meyer.

Steyn, 29, in his 55th Test, thrived on the quick ball he received from scrumhalf Fourie du Preez, who again showed why he is so highly rated worldwide.

Boshoff would have only benefitted from the time spent in the Bok squad in the company of Steyn, right, and the Bok kicking coach Louis Koen.

Pienaar provided back-up at both 9 and 10 and he showed good glimpses after he replaced Goosen who only spent a few minutes on the park before limping off again.

For a first Test, Meyer can’t be blamed for feeling over the moon, but as he believes, there’s always room for improvement.