The Cheetahs and Southern Kings are back in action but look set to both endure pretty tough seasons. 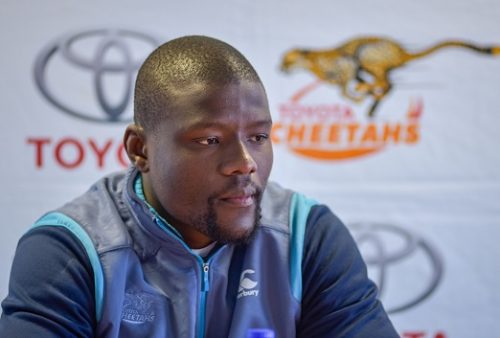 South Africa’s second rugby stint in Europe in the Pro14 commences on Friday night when the Southern Kings take on Italian outfit Zebre in Parma.

It’s undeniable that the Kings and fellow participants the Cheetahs should be more familiar with what awaits them in those conditions.

Yet, ironically, hopes might not be that high in what is a transitional year, especially the Cheetahs.

Franco Smith’s troops from Bloemfontein have been gutted after a creditable quarterfinal finish last season and there’s doubt if they’ve been able to fill those voids.

The Kings also have had to bring in various new faces but they’re now quite familiar with that.

Here’s a quick guide to the teams.

Who’s hot: Much like departed captain Francois Venter, centre Dries Swanepoel was also underappreciated at the Bulls and has decided to revive his career in Bloemfontein.  A hard tackler and decent carrier, the 25-year-old has all the attributes to be another bargain buy.

Strength: The general versatility of the Cheetahs’ backline is a huge bonus in a strenuous tournament such as this. For example, they only have three specialist wings because at least another five in other positions can comfortably play there. That’s a good thing to have on a tight budget.

Weakness: My kingdom for some experienced forwards! That will be Smith’s plea. Props Aranos Coetzee and Charles Marais, both 30, represent the veterans while loosehead Ox Nche and skipper and flanker Oupa Mohoje are Springboks. But there’s a distinct lack of proven class overall, with lock and hooker looking like particularly vulnerable positions.

Prediction: They’ll be good at home but probably won’t make the playoffs.

Who’s hot: Andisa Ntsila isn’t a particularly big man but he’s got a big heart and a huge work ethic. The flanker has been a standout performer for the past two years and will be expected to fulfill a senior role.

Strength: Even if the their match-day squad for Zebre didn’t reveal it, the Kings actually have pretty solid, experienced core of senior players at their disposal. Bjorn Basson is a Bok winger, while Sarel Pretorius (scrumhalf), Schalk Ferreira (prop) and Dries van Schalkwyk (flanker) have a wealth of wisdom. It could come in handy.

Weakness: The Kings lack a talisman in the backline around which they can build. Yaw Penxe and Michael Makase are hasty wingers with try-scoring ability but outside of them the talent is willing but limited. A creative, authoritative flyhalf is one of the biggest issues in this regard.

Prediction: They’ll win more than last season’s solitary victory but don’t bet on too much else.