Now Pumas battle is a must-win for the Lions

After flying high, two consecutive defeats mean the men from Ellis Park are suddenly scrambling for a play-off place in the Currie Cup. 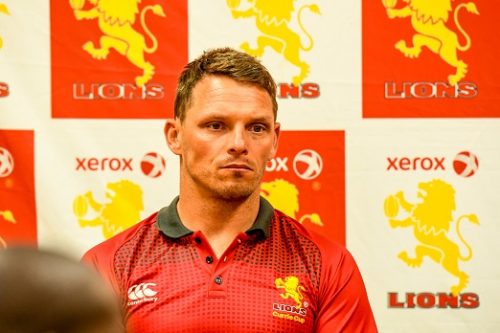 The Golden Lions have been left to fight for survival in the Currie Cup competition after losing their second straight
game, going down to a 37-21 defeat against the unbeaten Sharks in Durban at the weekend.

Coach Ivan van Rooyen was forced to accept that their final game ahead of the play-offs, to be held in Nelspruit on October 12 against the Pumas, would now determine whether they could progress.

“In those last minutes we desperately pushed for the bonus point, but now the Pumas clash lurks as a straight quarterfinal encounter,” Van Rooyen said.

After taking an early 7-3 lead, the Lions conceded 34 unanswered points before bouncing back with two tries after the Sharks had led 30-7 at half-time.

“I don’t think it’s a worrying factor. Obviously you never want to lose, but the Sharks played well and their pack of forwards dominated and played the wet circumstances well,” Van Rooyen said.

“It’s just another learning curve for us and we need to get better.”

Having dropped to fourth place, the Lions were likely to need at least two points from the Pumas game, but Van Rooyen remained confident.

“I think the second half was a lot better for us,” he said.

“We got some good effort, some of the guys put their hands up physicality wise, so it’s back to the drawing board for us.”

Lions captain Ross Cronje said they made some silly mistakes and did not follow the game plan, particularly in the first half.

“Tactically the Sharks played a lot better than us,” he said.