Do the Boks and Wallabies bring out the worst in each other? Michael Hooper of the Wallabies has a disagreement with RG Snyman of the Springboks during The Rugby Championship match between the Australian Wallabies and the South Africa Springboks at Suncorp Stadium on September 8, 2018 in Brisbane, Australia. (Photo by Cameron Spencer/Getty Images)

In all honesty, Tests between the Springboks and Wallabies over the last five years haven’t exactly been great advertisements.

As the mediocre performances start stacking up, some are wondering whether the two sleeping giants of world rugby actually bring out the worst in each other.

Two years later, they suffered a similar fate in Brisbane after they dominated, while the Aussies threw away their monopoly of territory and possession at Loftus to lose 18-10.

Last season, neither side could get past the other as they drew both their matches.

The Wallabies let slip a lead of 10 points in the 23-all stalemate in Perth and the Boks failed to round off their opportunities after being the better team in Bloemfontein’s 27-all draw.

ALSO READ: Explained: What makes Ruhan Nel so attractive to the Boks?

Frustratingly, South Africa could argue they continued the trend a few weeks back in losing 18-23 in Brisbane again.

Bok scrumhalf Faf de Klerk isn’t oblivious in this regard.

“It’s actually a pretty good question (about why this keeps happening),” said the nippy halfback.

“I experienced it in 2016 too when the two teams won games they probably weren’t supposed to.”

However, the more pressing issue is what the causes are.

“I think it boils down to capitalising on the opportunities that you create,” said De Klerk.

“We’re not converting it into points. It’s partly down to experience and partly down to guys maybe just losing focus, not having the right plan or doing something different that wasn’t discussed. In the end, it just boils down to taking your chances.”

But the 26-year-old assures all that it’s an aspect receiving attention before Saturday’s meeting in Port Elizabeth.

“Every week we go through matches and determine how well we took our chances. We realise we need to be more ruthless but it’s something we’re aware of and we’re working on it.” 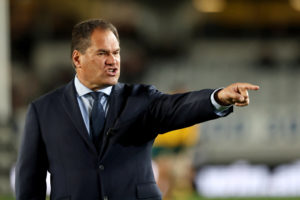 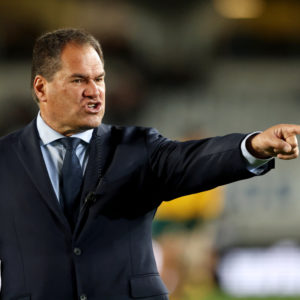