The gifted young Western Province and Springbok playmaker admits the plan is for him to switch between positions. 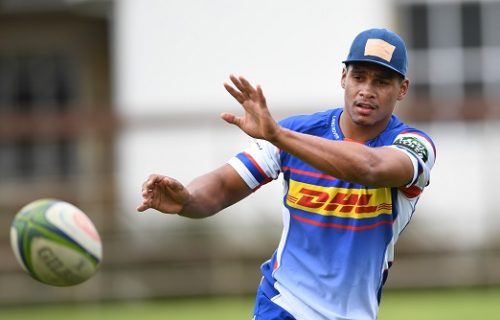 Don’t expect Damian Willemse to settle in any position anytime soon … and that comes from the man himself.

The gifted 20-year-old Western Province and Springbok playmaker revealed union and country are on the same page regarding his immediate playing future, one that involves him switching between flyhalf and fullback.

“There is a plan going forward and I am prepared to play in both positions,” said Willemse, ahead of Saturday’s Currie Cup semi against the Blue Bulls at Loftus.

“(Province coach) John Dobson told me this weekend that there is a plan and told me that it is important to stick to that plan. It is very important that I can play more than one position as a backline player. We know how quickly injuries happen these days.”

Refreshingly, the young man isn’t blase over the challenge of having to cope in either position – too many previous players have downplayed the differences between the No 10 and 15 jersey.

“There is a big difference between playing flyhalf and fullback. What I like about flyhalf is controlling the game. There is a huge responsibility on the flyhalf’s shoulders to control the game and make sure his team is going forward,” said Willemse.

“What I enjoy about fullback is playing with a bit more freedom as well as scanning and making decisions from the back. Both of them are challenging, especially being under the high ball at fullback.”

But that doesn’t mean he has to compartmentalise his general play according to the number on his back.

“I’m still getting the licence from him to do my thing in the right areas of the field.”