They have made it tough on themselves, admitted Sharks caretaker captain Jean Deysel after going down in a shock result to the Cheetahs in Bloemfontein at the weekend. 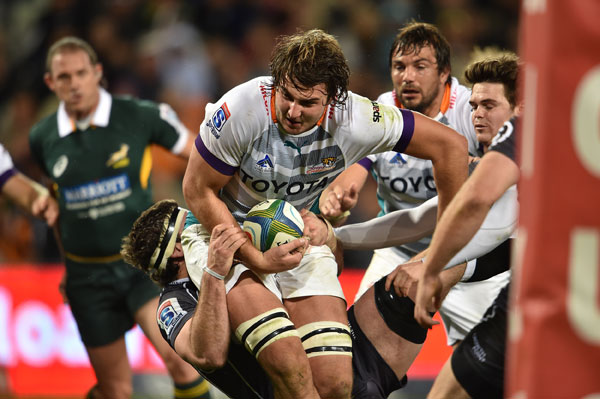 The 27-20 loss have left the Sharks in third position in the combined Super Rugby table, joined on 46 points with the Crusaders.

Another loss against the Stormers in Cape Town on Saturday will see them slip further in the table and they could end up as a wild card, with the prospect of travelling overseas for the play-offs.

“We always knew it was going to be tough, but now we will have to regroup this week and try to get the points against the Stormers,” Deysel said.

Two Cheetahs tries in the first half by flank Torsten van Jaarsveld and No 8 Philip van der Walt against a brilliant individual effort from Sharks scrumhalf Cobus Reinach ensured the home side led 17-13 at the break,

In the second half the kicking of Cheetahs flyhalf Johan Goosen kept the Sharks pinned back, while a 49th-minute try by lock Lood de Jager ensured a commanding 27-13 lead for the Cheetahs.

The Sharks brought on their big guns to try and salvage the match and a Bismarck du Plessis try six minutes from time gave them hope, while Tonderai Chavhanga came within inches of scoring a dramatic try on the stroke of full-time.

Cheetahs captain Adriaan Strauss, one of nine players set to leave the franchise after the competition, said it was a game where they wanted to say farewell to the outgoing players

“There are a couple of guys leaving, so we wanted to greet them with a victory,” said Strauss.

“It was very tough, but I think we showed a good mixture between making the game tight and taking it out wide.”