The Lions seem to have unearthed yet another hot prospect on the national scene in the build-up to this year's Super Rugby campaign. 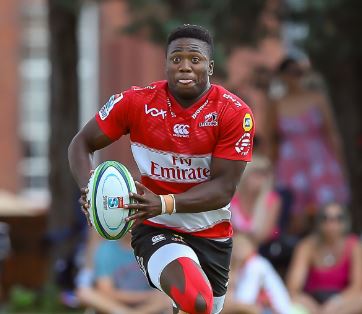 Simelane’s performance was one of the highlights in the young Lions combination’s 21-17 defeat to the Bulls in their first Super Rugby warm-up game at Loftus Versfeld over the weekend.

“There were a few of them (highlights),” said Lions coach Swys de Bruin.

“Wandisile was good, but it would be unfair to single out players. We will look at the video and see which of the guys can join us this weekend in Cape Town for the Sharks game.”

The Bulls quickly raced to a 21-0 lead and were 21-10 in front at the break, before the Lions came back to score the only try of the second half.

“I must say the last 20 minutes were good for us, but it’s early days. There are combinations we wanted to test and we saw what we wanted to see. There’s lovely depth.

“I think in our squad there were about 11 guys who are still Under-20 players, but it was a nice outing.”

The Bulls had the edge at scrum-time in the opening half, but it was the Lions who finished stronger.

“We have a couple of new front-rowers and I think they must find their feet first,” De Bruin said.

“But we have great coaches in Philip Lemmer (forwards coach) and Julian Redelinghuys (scrum consultant) so I’m confident it will come right.”