How staring amputation in the face formed Handre Pollard

Three years ago, the Springbok flyhalf was told he might not have an arm anymore. Now, he's one of the best in the world. 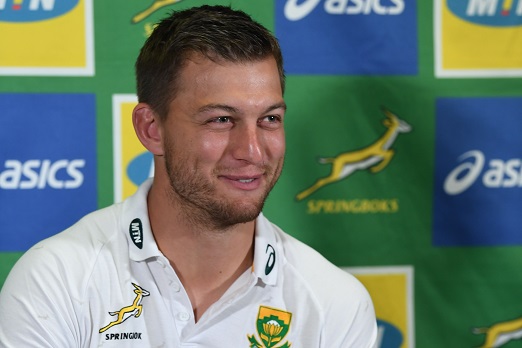 Shoulder surgery three years ago made Springbok flyhalf Handre Pollard realise to stick it through times after he was almost forced to quit the game, let alone dream of a second World Cup.

“A few years back I had to go to hospital. As everyone is aware, most of us rugby players carry a niggle here or there somewhere along the line,” he said.

The operation entailed having screws inserted into the shoulder.

But a subsequent scan after the procedure revealed a major problem: some grooves of the screws became infected and put him in intensive care for five weeks.

At one stage, the prognosis was really bad.

“There I was lying in hospital and the doctor told me there’s a possibility of never playing again and maybe even losing my arm through amputation,” reminisced Pollard.

“They talk about support and that’s when I realised again how important family support and values are. I don’t only speak about family, but also Bok supporters and my Bok teammates, who are like brothers to me.”

The adversity though proved the springboard for the 25-year-old become one of international rugby’s most accomplished flyhalves.

Yet it took sheer determination.

“I made a promise if I get through, I’d stick it through the tough times, whether for the Bulls or Boks. It’s not always nice and fun but you push through those,” said Pollard, who’s scored 336 points in 38 Tests.

Given what an advocate of support he is nowadays, Pollard believes the Boks can’t make a decent fist of their World Cup campaign if they don’t have the broader public in their corner.

“The support South Africans show us during tough times and good times is crucial.”

Bok coach Rassie Erasmus agreed, opining that while the team has a massive responsibility on and off the field, they won’t get full backing if they don’t achieve the main goal of playing good rugby.

“Even if we select a team that not everybody agrees with, or we decide on a specific gameplan, or we are behind on the scoreboard, we can feel when supporters are being negative,” he said.

“We feel when they are a little bit down-hearted or don’t agree with what we are doing, so we rely a lot on their support.”