A sharpening of claws

The Lions find substance with their usual style to gallop into the Currie Cup final against Free State. 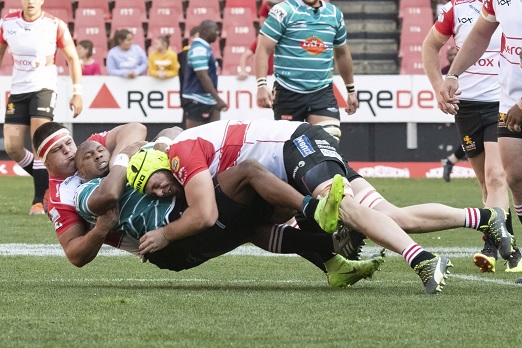 The Golden Lions’ appetite to qualify for the Currie Cup final has left their coach Ivan van Rooyen satisfied.

The Lions qualified for the final at the weekend after beating Griquas 34-19 in their semifinal at Ellis Park, while the Free State Cheetahs will host the trophy battle after knocking out the defending champions in their thrilling 51-30 win over the Sharks in Bloemfontein.

“It’s an amazing opportunity for us,” Van Rooyen said.

The Lions last played the Cheetahs in the final back in 2007, with the Cheetahs clinching a 22-18 win after the Lions led 18-6 at one stage under former coach Loffie Eloff.

Van Rooyen admitted it wasn’t plain sailing against Griquas in the penultimate round, after they held on to a delicate 24-19 lead with less than 10 minutes to go.

“I think it was a typical and nervous semifinal,” he said.

“Obviously we came through later in the game, so we are just feeling fortunate and blessed.”

The Lions had to make 82 tackles to the 55 by Griquas, while missing 12 tackles in comparison to 21 from the visitors.

Following tries by wingers Madosh Tambe and Stean Pienaar, as well as No 8 Hacjivah Dayimani, the hosts led 21-13 at half-time, but they had to wait for a 77th-minute try by flank Marnus Schoeman to seal the deal.

Keeping Griquas to a single try early in the game by centre Chris Smit, the Lions also showed their defence had improved markedly.

“I’m happy for the guys that they managed to score a few tries. We encourage them to play what they see,” Van Rooyen said.

“We don’t want to take too much creativity away, but there’s definitely a set structure, so we’ll take those four tries.”

The Lions last won the Currie Cup in 2015 when they defeated Western Province 33-24 at Ellis Park, while the Cheetahs’ last success was in 2016 when they hammered the Blue Bulls in a 36- 16 victory in Bloemfontein.