Burly prop Trevor Nyakane has paid the price for stepping out of line with the Springbok management. 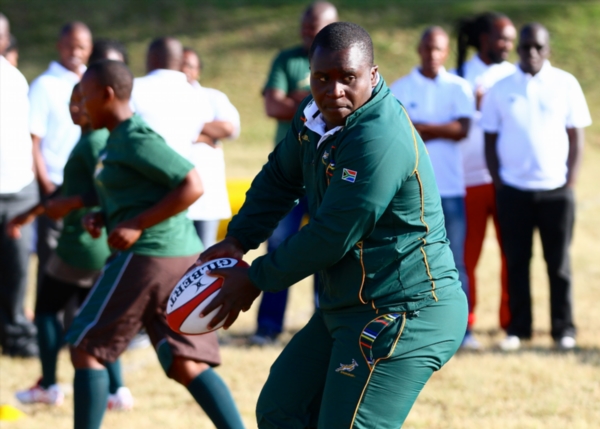 Nyakane, 24, who made his international debut in June, was controversially dropped yesterday from the 26-man Bok squad. He will be replaced by strong Griquas tighthead Lourens Adriaanse for the away clash in Mendoza against Argentina this weekend.

Nyakane, boasting three caps, had been adjudged to be guilty of “repeated breaches of team protocol,” ahead of Saturday’s Argentina win of 73-13, was all the Bok management were prepared to say on the sensitive issue.

Adriaanse and Piet van Zyl, who made his Test debut against Scotland in Nelspruit in June, have been added with Van Zyl coming in for Fourie du Preez, who is not available for the overseas Tests.

Van Zyl played for the Cheetahs in their 15-14 loss to Province on Saturday, while Adriaanse played for Griquas in their dull 15-9 loss to the Bulls.

“The players that stay behind will benefit from game time in the Currie Cup and will certainly be in the selection frame when we select the squad for the squad,” said Springbok coach Heyneke Meyer.