Bulls and Province will have an edge, says Eloff, ahead of Currie Cup semis

"There has been a lot of talk that it’s the Bulls' year after they won the (Super Rugby) Unlocked trophy, and they are definitely riding the wave at the moment." 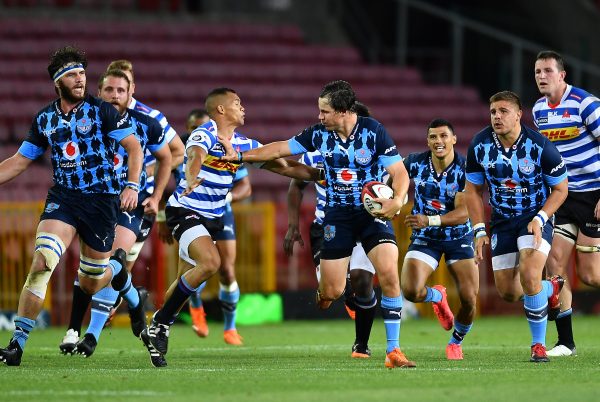 Western Province and the Bulls, seen here in action at Newlands earlier in the competition, will host this weekend's Currie Cup semifinals. Picture: Gallo Images

Greater stability in the Bulls’ ranks and a potentially emotional experience at Newlands for Western Province could put the home sides in the driving seats in this weekend’s two Currie Cup semifinals.

The Bulls host the Lions in the first playoff at 2pm on Saturday, and Province welcome the Sharks to Cape Town at 4.30pm, but the margins of victory could be narrow, former Lions coach Eugene ‘Loffie’ Eloff has predicted.

With the playoffs pushed out by a week due to precautionary Covid protocols, the four teams have been able to put measures in place to combat virus scares.

“There has been a lot of talk that it’s the Bulls’ year after they won the (Super Rugby) Unlocked trophy, and they are definitely riding the wave at the moment,” said Eloff, who steered the Lions to the Currie Cup final in 2007.

However, according to Eloff, the Lions showed in two narrow recent losses to the Bulls that they know how to rattle the cage of the men in blue, despite being expected to arrive at Loftus Versfeld as the big underdogs.

“The Lions showed in their recent game at Loftus they have the ability to put the Bulls on the backfoot,“ said Eloff.

“If the Bulls are going to underestimate the Lions, then we could expect a big upset and the visitors could create a big surprise.”

The former Lions mentor believed playoffs were about handling pressure and arriving on game day with the right mindset.

“My heart says the Lions could win, but my brains say the Bulls are just too settled as a team,” said Eloff.

He nonetheless felt the Lions could ditch their underdog tag and take on the Bulls, with the Lions having lost both their previous games to the Bulls due to a slump in the crucial 20 minutes after the break.

“But don’t be surprised if the Bulls arrive as though they have already received the trophy and believe they can’t be beaten at Loftus,” said Eloff.

In the second playoff match, Eloff believed Province might be driven by emotion with possibly having to play their final match at the historical Newlands rugby grounds.

“The last game at Newlands could fire up Province to end on a high and to raise their game, which could the level the playing field,” he said.

With both games between Province and the Sharks having been called off this season due to a coronavirus outbreak in the Sharks camp, the situation in Durban had since cleared up greatly.

“Both teams have been inconsistent in the Currie Cup, while Province have been rocked by off-field happenings and they haven’t been able to gain momentum and rhythm,” said Eloff.

“In contrast, the Sharks have started to settle and maybe if the game wasn’t at Newlands the Sharks could have been given more of a fighting chance.”