Despite Western Province enjoying a monopoly of possession and territory in the first half, the Sharks went into the break with a 9-6 lead, and in the second half the home team could add only three more points. 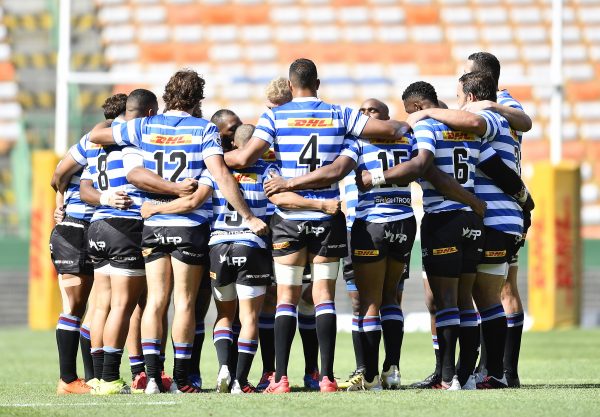 The Western Province team in a huddle during their Currie Cup semifinal against the Sharks. Picture: Gallo Images

A disjointed performance was lamented by Western Province coach John Dobson as a major anti-climax and the main reason why they failed to give Newlands a proper farewell in their dismal 19-9 Currie Cup semifinal defeat to the Sharks in Cape Town on Saturday.

Province had to rely on three penalty goals from flyhalf Tim Swiel as the Sharks scored the only try of the game seven minutes from time through lock JJ van der Mescht, while flyhalf Curwin Bosch scored 14 points.

Though the game was still in the balance with seven minutes left and the Sharks holding a 12-9 lead, the Van der Mescht try was the game clincher.

“We were more than disappointed. It was more a case of devastation,” said Dobson.

“It was an important game for us and we let ourselves down. It’s very sad and we wanted to finish well here at Newlands.”

Despite the hosts enjoying a monopoly of possession and territory in the first half, it was the Sharks who went into the break with a 9-6 lead, and in the second half the mediocre home team could add only three more points.

“In the first half they defended our mauls very well and we weren’t accurate in our transition,” said Dobson.

“We spoke about giving away penalties there and we conceded about seven or eight.

“In the second half we were quite poor and didn’t defend the maul as well as we should have.”

With Sharks flanks Dylan Richardson and Henco Venter enjoying a field day at the breakdown, Dobson admitted it was a scrappy game with a lot of contestable aerial kicking taking place, while the Sharks managed to flood the breakdown and prevented Province from gaining any momentum.

“It wasn’t a great game of rugby and just one try scored which was a pick-and-go, and not for the first time this season we just didn’t get any rhythm. It was a tough season,” said Dobson.

In terms of territory and scrum dominance, Dobson felt his side had started to get the rewards.

“But as Siya (Kolisi) pointed out at half-time, we were being blown up at the breakdown because we reacted slowly and didn’t clean out properly,” he said.

Dobson added that they hadn’t managed to achieve many steals on the Sharks ball, but the visitors managed to put them under pressure at their own breakdown.

“We didn’t get much ball in the second half and started to give away penalties,” he said.

Kolisi described the loss as a horrible feeling, and he revealed they had stressed the need for discipline in the build-up, but he lamented that they had only themselves to blame.

“The big difference, especially in the first half, was that they really dominated our breakdown,” said Kolisi.

“We had no fluency and just couldn’t get going.”