Several players took to social media at the weekend to say their goodbyes to the famous old stadium following the exit of their former team from the Currie Cup. 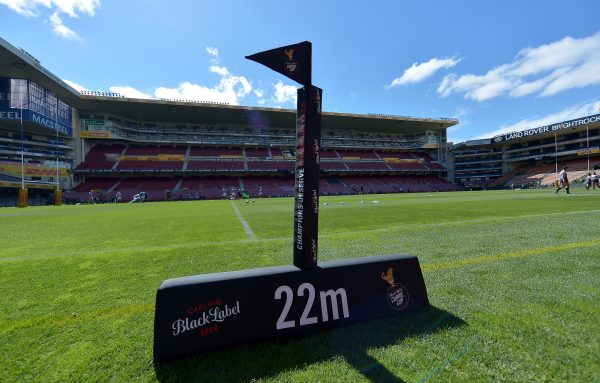 Western Province and the Stormers are set to leave behind Newlands stadium for the Cape Town stadium in the coming weeks. Picture: Getty Images

Western Province’s last rugby match at Newlands stadium didn’t go well – and former players and fans have made sure they know it.

John Dobson’s team bowed out of the Currie Cup on Saturday after going down 19-9 to the Sharks in a poor, error-ridden semi-final.

The Sharks will now face the Blue Bulls (who beat the Lions at Loftus) in Saturday’s final.

Dobson said he was “devastated” by his team’s performance and the defeat. Western Province and the Stormers will now head to the Cape Town Stadium – their new home from next season.

While some former players and fans were critical of Western Province’s limp showing in their last match at the iconic ground, others opted to post pictures on social media of happier times spent at Newlands.

Springboks World Cup winning star Cheslin Kolbe, who spent a number of years playing at Newlands, said, “Sad to say goodbye to Newlands Rugby Stadium. Fortunate to have played alongside my heroes and share such amazing memories out on the pitch.”

Sad to say goodbye to Newlands Rugby Stadium. Fortunate to have played alongside my heroes and share such amazing memories out on the pitch.

Flanker Michael Rhodes, who now plays for Saracens, but turned out for the Sharks, Lions and Western Province, tweeted: “Sad to see the last game played at Newlands over the weekend! Very fortunate to have called it home for a couple years.”

Sad to see the last game played at Newlands over the weekend! Very fortunate to have called it home for a couple years! pic.twitter.com/43mLc86HMd

Former fullback and flyhalf Joe Pietersen said, “You will be missed.”

NEWLANDS RUGBY STADIUM.
You will be missed ????????
Thank you for the memories ❤️ pic.twitter.com/PRpFX4rf4Z

Former wing Stefan Terblanche replied to Andrews by saying Newlands was a “wonderful stadium” and “an incredibly tough place to play”.

Former Western Province Currie Cup winning captain Corne Krige – one of many it seems – appeared aggrieved that his former union was unable to land the lucrative private ownership deal that has now transpired at the Sharks.

Sad to see @WP_RUGBY lose but the fact the they didn’t manage to sign MVM still grieves me. The @TheSharksZA will just get stronger from here so maybe we must get used to losing to them.