Experienced, versatile loose forward Schalk Burger has been called up to the Springbok squad for the final two Tests in the Rugby Championship for the injured Francois Louw. 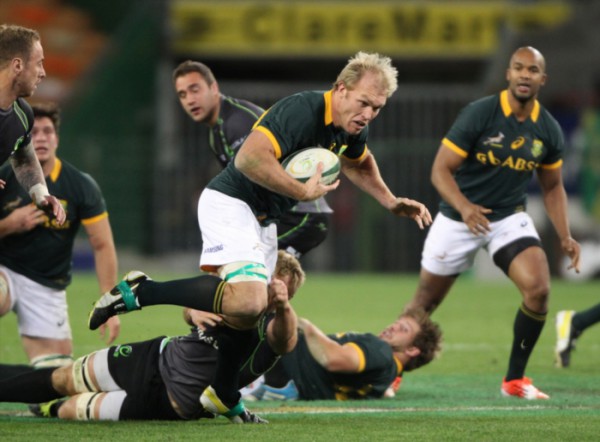 Burger, capped 71 times for the Springboks, will play for his Japanese club, Suntory, on Friday and join the squad in Cape Town as soon as possible thereafter.

Bok coach Heyneke Meyer had said that Siya Kolisi was also an option to replace the injured Louw, but the Western Province loose forward was injured over the weekend, ruling him out for approximately a month.

“I feel for Siya as he’s been hitting great form again, but it’s also good to be able to bring Schalk back into the squad,” said Meyer.

“With Willem Alberts still out injured, Schalk’s versatility helps as he can cover any position in the loose trio. He is also very experienced, brings leadership qualities and has been with us, so he will slot back in easily.

It will be Burger’s second involvement with the Springboks this year after he made a highly successful return to the national side in June following two years out of the game through injury and serious illness.

Burger featured in all four of the Springbok matches in June, starting in the final Test against Scotland, but because of his club commitments in Japan, he was not available for the first four rounds of the Rugby Championship.