The veteran No 9, who got hurt in the early stages of last year's Super Rugby Unlocked competition, will initially warm the bench against the Stormers. Experienced Cheetahs scrumhalf Ruan Pienaar is back in action from this weekend, following a lengthy spell out of the game because of injury. Picture: Getty Images

Returning former Springbok No 9 Ruan Pienaar will play from off the bench when the Cheetahs face the Stormers in this weekend’s preparation series opener at the Cape Town Stadium.

It will be the scrumhalf’s first taste of the action since he injured his knee in the second round of the Super Rugby Unlocked competition, against the Bulls.

“Ruan went through a lengthy rehab process and we didn’t want to rush him back,” said Cheetahs boss Hawies Fourie on Thursday. “If this match, however, was a crucial one, with a cup at stake, things might have been different.”

Fourie added the veteran No 9 would act as co-captain, alongside lock Carl Wegner, who is set to leave the union in June, for this game.

“Ruan will play the last 20 minutes (on Saturday) and will take over as captain if Carl has to go off,” said Fourie. “We will, however, review the captaincy on a weekly basis and will make a further call before the Sharks game next weekend.” 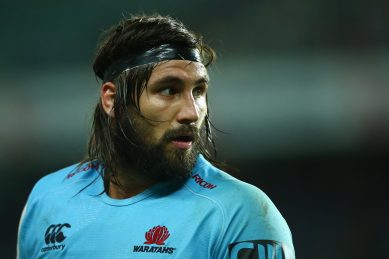 Jacques Potgieter, formerly of the Bulls and Waratahs, and also of the Springboks, will run out for the Cheetahs in the coming season. Picture: Getty Images

“We will finalise the details with his agent, but in principle we’ll contract him for one year, from the beginning of March,” said Fourie. “Jacques is an experienced campaigner. He is in good shape, but short on fitness.”